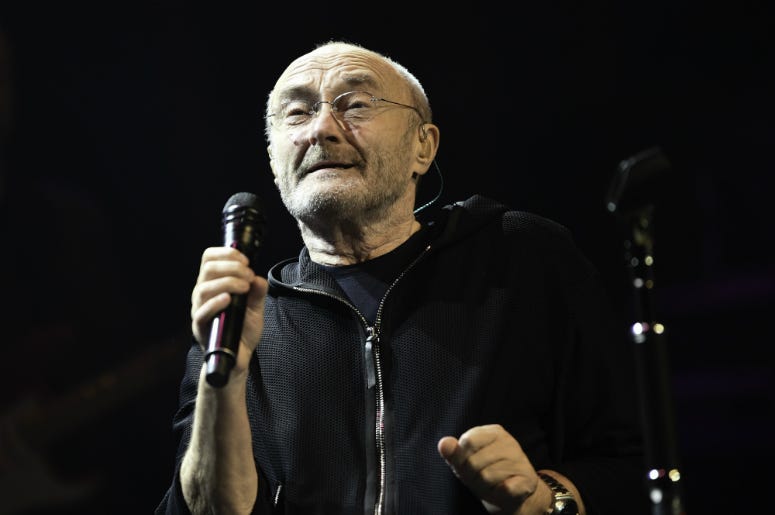 Phil Collins always said Jesus knew him, but something happened on the way to heaven: the two became one in the form of a giant statue in Mexico.

Perhaps as penance for the cynical Genesis song “Jesus He Knows Me,” Collins has been condemned to live the rest of his life above the alter of a church. Wait, being told Collins is still out and about and has recently wrapped up a tour.

Anyway, the La EpifanÍa del Señor church in the central Mexican state of Zacatecas says it has “accidentally” commissioned the largest baby Jesus statue in the world, and the internet also thinks it accidentally looks like Phil Collins from an earlier time. But seriously. The church says against all odds, the statue ended up being 22 feet tall and 2,000 pounds.

“There is a space of between 26 feet between the ceiling and the floor and I ordered a statue measuring 21 feet, Rev. Humberto Rodriguez told Central European News. “But I never intended to make it the biggest baby Jesus statue in the world.”

I share with you a Phil Collins baby Jesus Statue... pic.twitter.com/rssDD7rtca

I can feel it in the air tonight, oh Lord https://t.co/nfkLekcEYB

The giant baby Jesus Phil Collins statue dwarfs what is believed to be the previous world record-holder. The church says the largest it is aware of is 16 feet and 661 pounds. The largest adult Jesus statue is the 120-feet-tall Christ the King piece in Poland.

As for Collins, he hasn’t said anything about his uncanny resemblance to the giant statue, but we’re guessing his comments would sound something like “Sussudio.”