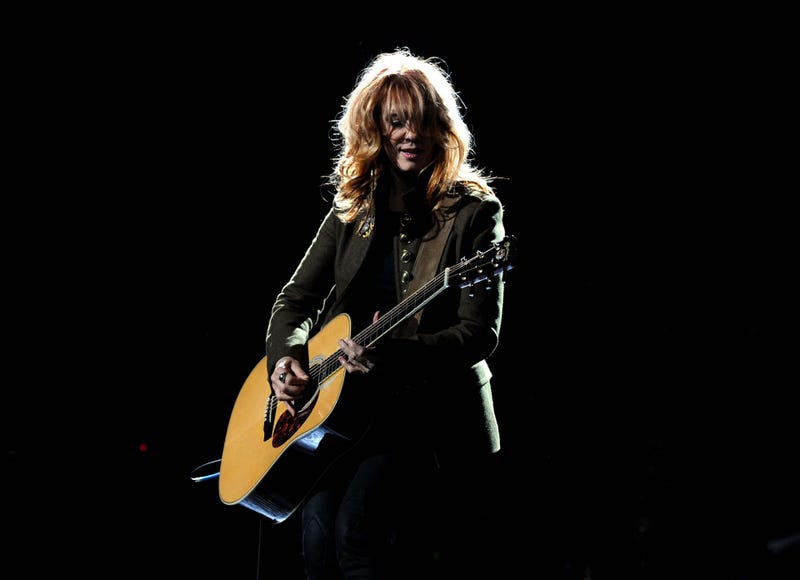 In a recent interview, Heart guitarist Nancy Wilson revealed a special gift she gave Eddie Van Halen while on tour in the ’80s. The gift prompted a special moment between the two musicians that she still remembers vividly to this day.

“We were on tour with them [Van Halen] in the eighties, and Eddie told me one night after a show that he didn’t own a single acoustic guitar,” Wilson told Loudersound.com. “So I took my favourite Ovation and walked it up to his room and handed it to him.”

The story doesn’t end there, as Eddie thanked Wilson in a one-of-a-kind way that still makes her smile.

“At the crack of dawn the next day… he called my hotel room and he said, ‘Hey, I wrote something for you on the guitar you gave me. Check it out!’” Wilson recalled. “It was a really beautiful acoustic piece. I so wish I could hear it again. Maybe it exists someplace.”

Wilson decided to return Eddie’s “thank you,” with her own song dedicated to the guitar legend titled, “4 Edward.” The track is an instrumental piece honoring the life of Eddie Van Halen and will be included on Wilson’s debut solo album, out May 7.

“On this album I thought I’d return the favour with an acoustic instrumental for him,” she shared. “It was such a sad day for Rock ’n Roll when the Einstein of guitar players had to disappear. Eddie always played with such joy. He had that three-mile smile.”