Aerosmith drummer Joey Kramer has lost his battle to join his longtime bandmates on-stage at GRAMMY events this weekend.

A Massachusetts judge ruled the rest of the band was not required to allow him to perform with them at the MusiCares Person of the Year gala on Friday or at the GRAMMY Awards ceremony on Sunday.

Kramer filed a lawsuit that claimed he was unfairly excluded from rejoining Aerosmith after he recovered from reported shoulder and foot injuries. The other band members contend his drumming is not up to par yet and that he hasn’t had enough time to rehearse, but Kramer insists he’s ready to go. 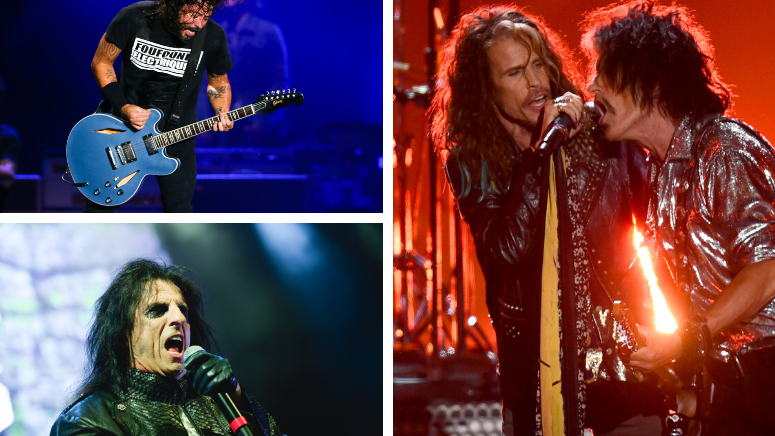 “I knew filing a lawsuit was a bit of an uphill battle considering that the corporate documents don't reference any process for a band member returning from an injury or illness,” he said in a statement. “However, the band waited until January 15th to tell me that they weren't letting me play at the awards ceremonies this week. I can hold my head high knowing that I did the right thing — to fight for my right to celebrate the band's success that I have dedicated the better part of my life to helping build.”

An example of just how serious things have gotten can be seen in a new video from TMZ. It shows Kramer attempting to get in to rehearsal over the weekend in Los Angeles but being denied by two security guards. The guards say they were given orders by the other four members of the band: Steven Tyler, Joe Perry, Brad Whitford and Tom Hamilton.

Aerosmith has insisted the whole thing isn’t personal and said it would love Kramer to attend the GRAMMY events, but just doesn't think he's ready to perform.

"We would be doing a disservice to Joey, to ourselves and to our fans to have him play without adequate time to prepare and rehearse," Aerosmith said in a statement to TMZ. Compounding this, he chose to file a lawsuit on the Friday night of the holiday weekend preceding the GRAMMYS with total disregard for what is our limited window to prepare to perform these important events."

Drum tech John Douglas has been sitting in with the band since Kramer last played with them in April 2019.

Aerosmith will be honored as the Recording Academy’s 2020 MusiCares Person of the Year for their philanthropic efforts, which include Tyler’s Janie’s Fund for abused and neglected girls.

The band will then reunite with Run-DMC during the awards ceremony - presumably to perform their landmark 1986 collaboration “Walk This Way.”