And with that introduction, everything appears to be back to normal in Aerosmith land. Kramer was the first band member on stage during their Vegas residency show on Monday. Frontman Steven Tyler gave him the spotlight as he kicked off the appropriately named “Let the Music do the Talking.”

The gig at the Park Theater was Kramer’s first with Aerosmith since last April. His own drum tech had been sitting in with the band while he reportedly rehabbed from shoulder and foot injuries. A disagreement between Kramer and the rest of the band developed on when he was physically ready to return to the kit, and it came to a head with a lawsuit leading up to the GRAMMY Awards.

A Massachusetts judge sided with Tyler, Joe Perry, Brad Whitford and Tom Hamilton and ruled they were not required to allow Kramer to perform with them as they were honored at the MusiCares Person of the Year gala and during the awards ceremony, but Kramer was present for the honors.

“I knew filing a lawsuit was a bit of an uphill battle considering that the corporate documents don't reference any process for a band member returning from an injury or illness,” Kramer said. “I can hold my head high knowing that I did the right thing — to fight for my right to celebrate the band's success that I have dedicated the better part of my life to helping build.” 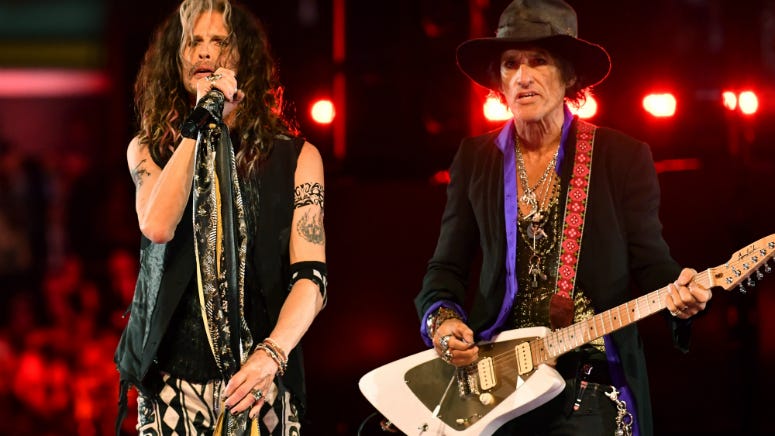 The rest of the band insisted their actions were not personal and they were simply doing what they felt was best at the time.

"We would be doing a disservice to Joey, to ourselves and to our fans to have him play without adequate time to prepare and rehearse," they said in a statement.

A few weeks later, Kramer is back with the band he co-founded in 1970, and there’s nothing to indicate it won’t stay that way.