A pair of sunglasses once worn by John Lennon sold at auction for $183,000.

The round, green-tinted Oliver Goldsmith glasses were described by Sotheby's as the most iconic sunglasses in rock and roll history. They were given to Lennon in 1966 in preparation for his role in Richard Lester’s film “How I Won the War.” Two years later, he left them in the back of a car. 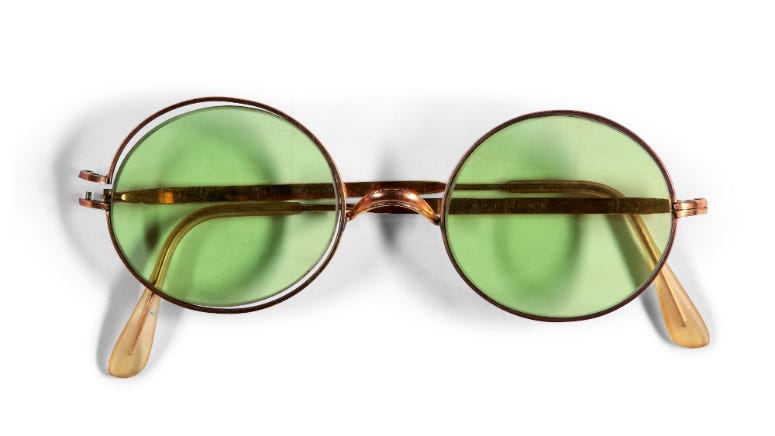 “In the summer of 1968, I had picked John up with Ringo (Starr) and George (Harrison) in Ringo’s Mercedes and driven the boys into the office,” said chauffeur Alan Herring. “When John got out of the car I noticed that he’d left these sunglasses on the back seat and one lens and one arm had become disconnected. I asked John if he’d like me to get them fixed for him. He told me not to worry they were just for the look! He said he’d send out for some that fit. I never did get them mended I just kept them as they were as John had left them.” 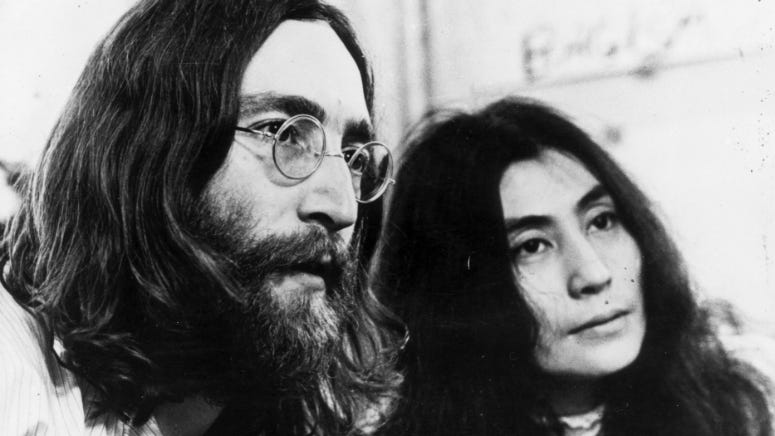 Herring said he attended most of the Beatles’ recording sessions at Abbey Road Studios for The White Album, Abbey Road and Let it Be, calling it a very exciting time to be around. He told the BBC the time was right to pass on the sunglasses while he could still tell the story behind them.

They were sold as-is, with one screw missing and minor scratches on the lenses.