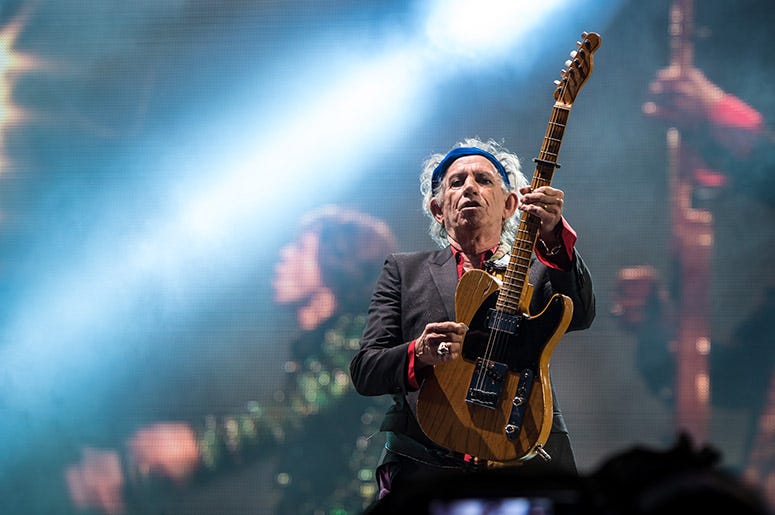 Keith Richards and The Rolling Stones are approaching their 60th anniversary as the greatest rock and roll band in the world. Decades of hits, infighting, sold out arenas and adulation have only emboldened the group’s commitment to music. So, as the group’s guitarist nears the monumental milestone, how might Richards celebrate?

That’s what Keith told BBC News in a recent interview. 2022 will mark a half century, and 10 years more, since The Rolling Stones formed in London during the psychedelic era of rock and roll. Their sound stood out for its gritty chords and blues inspired rhythms.

Richards says his focus on music has made the years fly. "But the music is the thing that keeps you going, so that's what I try and concentrate on," he said. “Yeah, it's been pretty exceptional this particular life. I'm really at a loss sometimes to sort of figure out how the hell I got here.”

WATCH MORE: What Is The Rolling Stones Legacy?

The Stones released a new single this year, “Living In A Ghost Town,” which begrudges life off the tour. Richards tells BBC News the recording process was fraught with stops and starts. "With The Stones really, they have to be in the same room to play," he says.

"I've been in touch with Mick and Ronnie [Wood] and I'm trying to figure out if we could pull a session together in the next few weeks - but it's all a bit of an experiment really."

It seems Richards is eager to get back on the road and ditch video calls. He recently told the Associated Press “I don’t even have a (cell) phone, man. I’m talking to you from on a landline. Why would I want a (cell) phone? You crazy?”