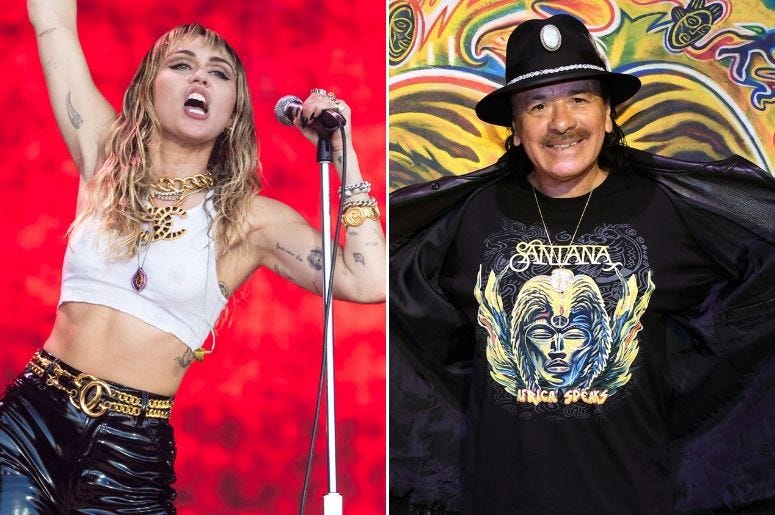 Miley Cyrus, Santana, The Lumineers, and The Raconteurs are the latest to remove themselves from Woodstock 50.

The beleaguered festival finally found a home last week, moving on from several rejected locations in Upstate New York. The anniversary event is now scheduled to take place at the Merriweather Post Pavilion in Columbia, Maryland and will be a free show. However, the festival has been forced to void all the original artist contracts with the original lineup because of language noting the location. Now with less than three weeks to go, organizers are searching for anyone to be a part of the celebration.

In a statement, Santana announced that he will not be a part of the event, citing his own show happening close by just days before. Cyrus and The Lumineers have also announced that they have no plans to be a part of Woodstock 50, and The Raconteurs led by Jack White, have announced their own show in Niagara, New York for that weekend.

This collection of artists joins Jay-Z, Dead and Company, and John Fogerty in announcing their intentions not to play Woodstock 50, since the move to Maryland was determined.

If Woodstock 50 does happen, it is said to benefit HeadCount, an organization that promotes voter registration. Tickets would be for one day only, and would be distributed by HeadCount and other local charities.

The Merriweather Post Pavilion has a capacity of 32,000 people according to organizers. That number is far less than the 150,000 projected for the originally scheduled location of Watkins Glen.