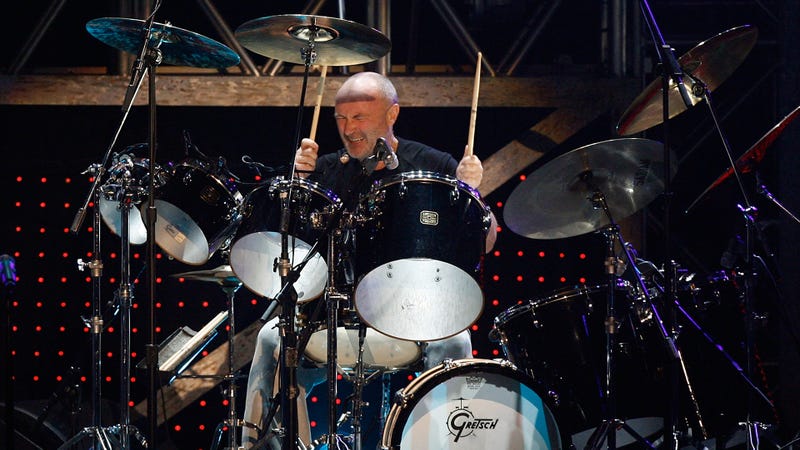 In a rare interview from the Genesis frontman and solo artist, famed musician Phil Collins has updated fans on his ongoing health battles which sadly have begun to affect his impeccable drumming skills.

Listen to your favorite Classic Hits now on Audacy and check out our all-new exclusive stations curated for fans, by fans

Speaking about the upcoming Genesis reunion tour where Collins’ son Nic will be taking Phil’s place on drums, he said “I’m kind of physically challenged a bit which is very frustrating because I’d love to be playing up there with my son.” The challenge? Phil is still suffering from nerve damage stemming from a spinal injury in 2007.

Collins told BBC Breakfast that his drumming abilities have fallen by the wayside, and although he would love to bang on the skins with Nic, he will not be providing any beats while on the road. “I would love to,” he says, “but, you know, I mean I can barely hold a stick with this hand, so there are certain physical things that get in the way.”

This will certainly not be the first time that Phil's son has shared the stage while dad helms the microphone. Check out this great clip of Nic playing drums on "In the Air Tonight" below, live at the 2016 US Open.

Genesis is currently getting set to start their European tour on September 20 and will be heading out on the road in the U.S. later this year on their COVID-rescheduled The Last Domino tour, kicking off on November 15 in Chicago and ending in mid-December on the East coast. Check out a full list of dates below.

While you're in the mood, take a look at some of Audacy's all-new exclusive Rock stations like Phil Collins Radio, Rock N’ Road, Freedom Rock, The Canyon, Arena Rock, Wake Up and Rock, and The Roots of Rock for those who crave the early days.