Queen and Adam Lambert are getting set to blow you away with their very first live album later this year.

Live Around The World arrives on October 2 on CD, CD/DVD, CD/Blu-ray, vinyl and digital streaming platforms featuring all of the songs you want to hear from the iconic band and decadent singer.

The project was inspired by their YouTube Watch Party back in June after the postponement of their Rhapsody tour due to COVID-19 restrictions, which featured highlights from previous concerts around the globe.

“We hadn’t really watched those clips before, we were always too busy touring. We weren’t aware of how good the band sounded. So, we thought, well, maybe there’s a live album of highlights of concerts that we’ve done over the last eight years with Adam Lambert to be made,” drummer Roger Taylor explained.

The new release will feature songs personally selected by Taylor, Lambert and guitarist Brian May who admits, “it seemed the perfect time for us to create a collection of hand-picked live highlights from our Queen shows over the years with our brother Adam Lambert." 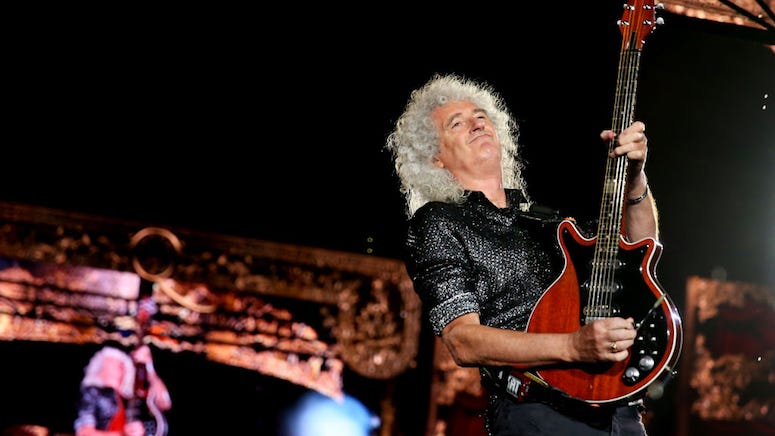 “As you watch and listen to these tracks, you’ll be journeying all around the world with us and experiencing a complete virtual live set… It makes me particularly happy that we can now share this unique moment with the whole world.”

Adam adds, “When we couldn’t tour this year we wanted to give the fans something in place of that, and a live album just felt right. It’s the first time we have released an album together and we have had a lot of fun putting it together, picking out favourite performances over the past seven years.”

The DVD and Blu-ray editions of Live Around The World will also feature extra performance footage, including a drum battle between Roger Taylor and his son Rufus – drummer for The Darkness – as well as Brian May's Last Horizon guitar solo.