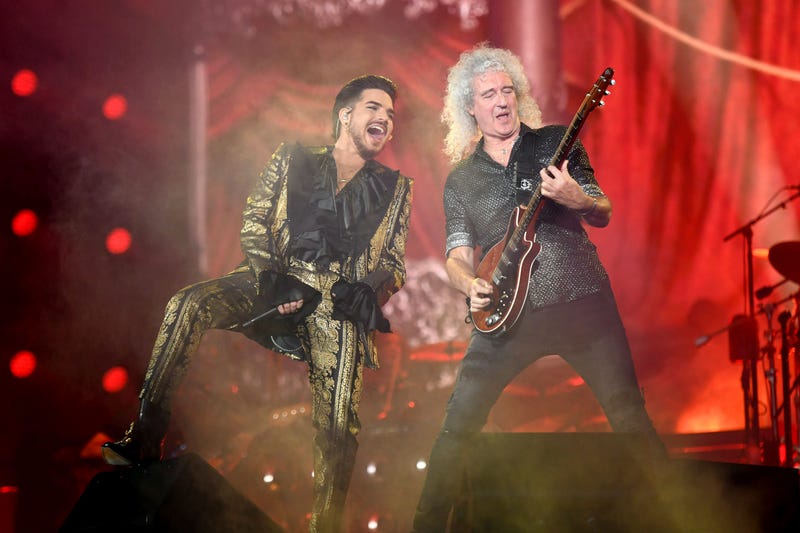 The newly released video of Queen and Adam Lambert performing the 1976 classic, “Somebody To Love” at the 2016 Isle Of Wight Festival, struck a chord with us and really has us missing festivals.

The clip that also appears in the band’s recent Live Around The World album almost feels like we are peering back in time. After months without a live concert, Lambert’s electrifying vocals and ability to emulate Freddie Mercury’s stage presence has us craving to be in the crowd. Adam gracefully imitates Mercury’s audience call and response motif, just before breezing through “Somebody To Love’s” infamous high notes.

Roger Taylor shared, “Adam has the ability to sing anything and everything we throw at him. There’s nothing he can’t handle. Our songs are big and theatrical and Adam fits that easily. I think he’s the best singer around. His range is staggering.”

Reflecting on delivering a Queen song, Lambert explains, “Some of Queen’s songs are just so vocally athletic and physically demanding. For example, 'The Show Must Go On' is certainly demanding, 'Who Wants To Live Forever' goes from zero to 99. 'Somebody To Love' is really intense and big."

The Live Around The World Queen album was curated by Taylor, Lambert, and Brian May and boasts twenty tracks with visual clips. We even get a clip of Mercury’s legendary "Ay-Ohs" section.

Brian tells fans that this visual album is a response to not being able to attend live performances this year. “As we all grapple with the challenge of creating live shows in a world dominated by a formidable viral enemy, it seemed the perfect time for us to create a collection of hand-picked live highlights from our Queen shows over the years with our brother Adam Lambert,” said May.