Led Zeppelin kicked off their third studio album with the soaring, intense “Immigrant Song,” but by the time Led Zeppelin III came to an end they had unplugged.

In a preview from Brian Johnson’s A Life on the Road: Robert Plant, Plant takes the AC/DC singer on a tour through the area that helped inspire the change in mindset. While walking through a quiet countryside in Wales, Plant set the scene for Led Zeppelin’s 1970 album.

“I came up here after Led Zeppelin II, which we recorded mostly on tour, because we played in America so much at that point in time,” Plant recalled. “We rented the cottage I used to go to when I was a kid, which is not far from here, and we began the writing of Led Zeppelin III up there. And it was great, because it was so far away from the chaos of touring. You know what it’s like.” 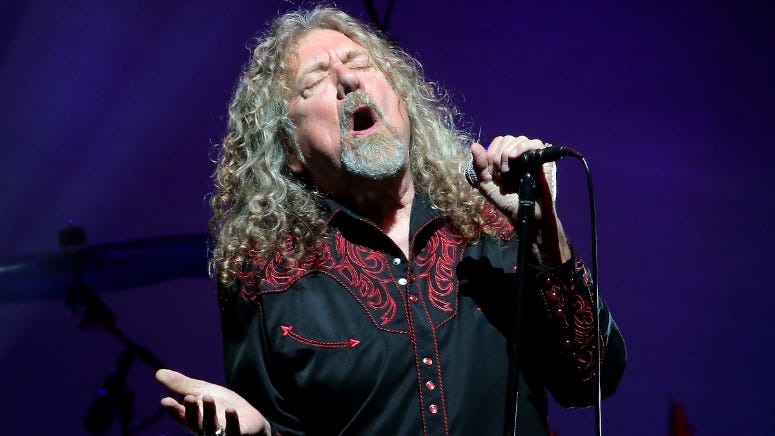 Less chaos translated into less distortion on the album, which included the brilliant acoustic guitar-based tracks “Tangerine” and “That’s the Way.”

“I think for all of us, it was just serendipity that you could actually have four people… I mean, me and Bonzo (John Bonham) had played a lot together,” Plant said. “Jimmy (Page) and John (Paul Jones) had been in various bands, but they were session guys and they were pretty well –heeled, pretty hot on the scene. But it didn’t matter to me and Bonzo, all we wanted to do was get a square meal.”

The episode airs Sunday on AXS.

news
Gas prices expected to take roller coaster ride in coming weeks
news
Camping season is here — Check out the best tents you can buy in 2021
news
WATCH: Fisherman gets chased by alligator after reeling it in thinking it was a fish
news
NYC subway worker receives commendation for rescuing runaway dog from tracks
news
Puppy 'barkour!' See 2 adorable dogs make a sweet escape from their enclosure
sports
Wayne Gretzky resells mansion that once belonged to Lenny Dykstra for $17.6 million