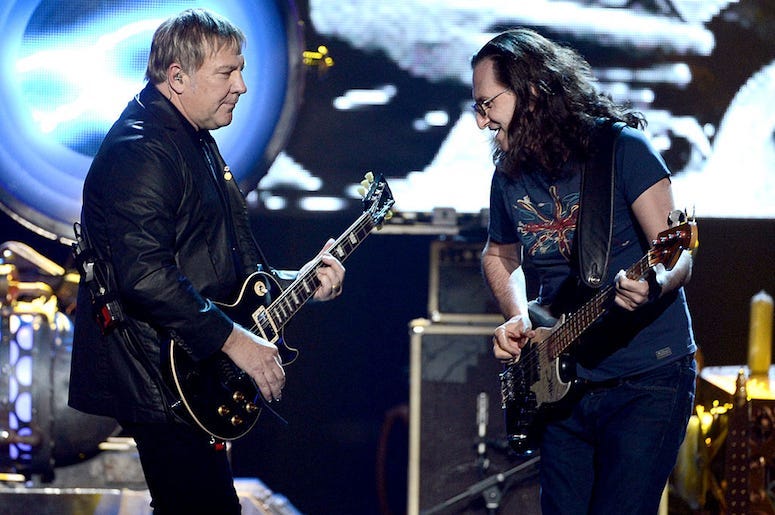 Ever since the passing of Neil Peart, Rush guitarist Alex Lifeson hasn’t had interest in playing music.

Lifeson was a guest on WFAN’s Talkin' Golf show and told Ann Liguori it’s been difficult to find the inspiration to play his guitar. “After Neil passed in January, I've played very little guitar. I don't feel inspired and motivated. It was the same thing when [Neil's] daughter died in a car accident in 1997; I didn't really play for about a year. And I just don't feel it in my heart right now,” he said.

“Every time I pick up a guitar, I just aimlessly kind of mess around with it and put it down after 10 minutes. Normally, I would pick up a guitar and I would play for a couple of hours without even being aware that I'm spending that much time.”

Lifeson knows this won’t last forever, acknowledging his desire to play guitar will “come back.”

The bond the three members of Rush have together is why it’s so difficult for Lifeson to return to music. After spending more than 40 years playing music together, Lifeson admits Peart and Geddy Lee are “beyond brothers” saying “we'll always have that friendship, right to the end of our days."

Part of that is why it’s unclear whether Lifeson and Lee will get back on stage and perform music together. “I don't know if the motivation is there for us to really do anything now,” Lifeson admits. “We're certainly proud of our track record, and we still love music. But it's different now."