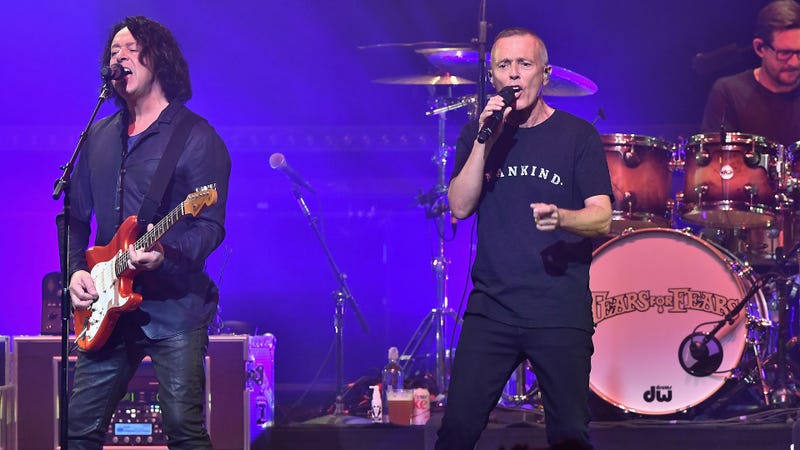 You’ve waited 17 years for this news. Tears For Fears have officially announced a new album.

The Tipping Point marks the seventh studio album from Tears For Fears and will be their first since their 2004 record Everybody Loves a Happy Ending.

The album is set to be released on February 25, 2022 as it marks just the second album the band has released since 1995. It was a delicate process getting the stars aligned for a new record and one that required time.

“Before everything went so right with this album, everything first had to go wrong, it took years, but something happens when we put our heads together,” Roland Orzabal said in a statement. “We’ve got this balance, this push-me-pull-you thing – and it works really well.”

Tears For Fears shared the title track from their upcoming record to give fans a sneak peek at what’s to come. Orzabal told Rolling Stone that “The Tipping Point” was influenced by a series of both personal and professional “tipping points” following the release of their last record in 2004.

“It came at a time when my (late) wife was very ill,” he said. “I was watching her become a ghost of her former self. So the song’s narrator is in a hospital ward looking at people about to cross the threshold that we call death.”

For Orzabal, that was influenced by the death of his wife Caroline in 2017. “I have to admit that even in March 2016 when I was read the riot act by doctors about Caroline possibly not making it through the weekend, I was still in denial,” he said.

“I think that when you’ve been close to someone for decades, they are living within you as well as without. And consciously I did not believe she would die, though subconsciously I was, without doubt, preparing for the inevitable, arming myself against the future shock.”

Even though Tears For Fears had a 17-year break between records, they remained active as they toured quite frequently, which is something they plan to do in support of their upcoming record.

The Tipping Point is scheduled for a February 25th release.