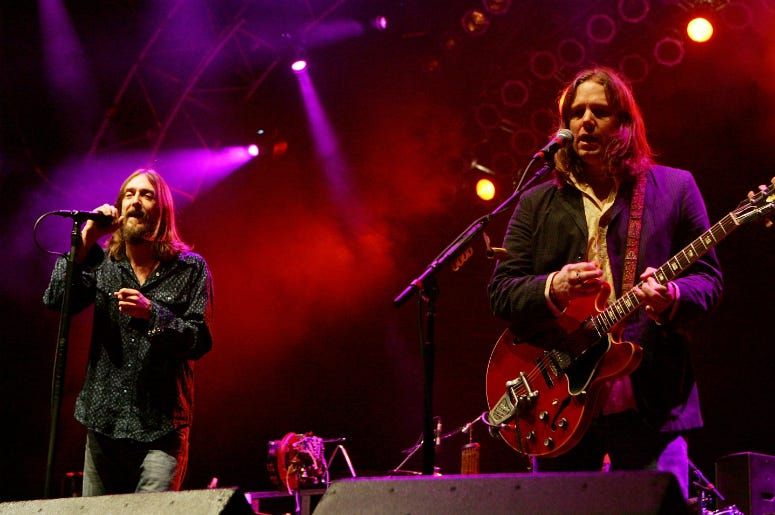 Speculation has turned to anticipation when it comes to a Black Crowes reunion of brothers Chris and Rich Robinson.

The band’s website and social media pages contain nothing but a new logo, which has also been popping up on billboards across the country.

⁦@TheNotoriousNIK⁩ Is this The Black Crowes logo I’m seeing on Sunset Blvd today? No text, just the birdies... pic.twitter.com/1dIiTGOax4

A little Black Crowes reunion tease seen around the block from @VICE this morning pic.twitter.com/HAmr28EXxN

The Black Crowes last toured in 2013, but whispers of a reunion to celebrate the 30th anniversary of Shake Your Money Maker began last month with a Wall Street Journal report. The paper said the Robinson brothers were in talks to reunite the band in 2020 to celebrate their debut album, and their manager said he was aware of a deal with Live Nation.

It’s not clear if any other former band members would join Chris and Rich in the band. Original drummer Steve Gorman has ruled it out after recently publishing a tell-all book.

Shake Your Money Maker was released as a straight-up blues influenced rock record in 1990, at a time when almost everything else that came out fit neatly into some other genre. Their cover of Otis Redding’s “Hard to Handle” and the acoustic guitar ballad “She Talks to Angels” both went to #1 on Billboard’s Mainstream Rock chart.