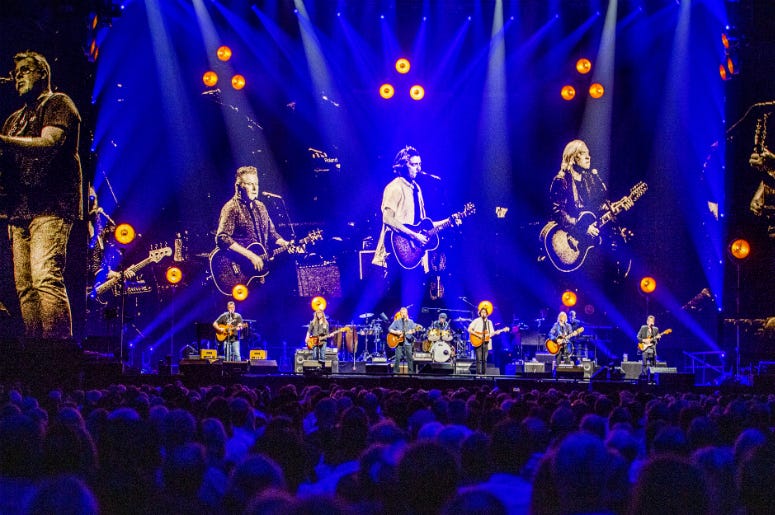 The Eagles are taking one of their classic albums on the road.

Following a sold-out, three-night run in Las Vegas, the band announced it will bring its Hotel California show to more cities. Each concert will start with a set of the 1976 album in its entirety, accompanied by a 46-piece orchestra and 22-member choir. Following an intermission, the band will return to the stage for a greatest hits set.

The Eagles – officially Don Henley, Joe Walsh and Timothy B. Schmit with Deacon Frey and Vince Gill - will stop in Atlanta, New York, Dallas, Houston, San Francisco and Inglewood, CA. The 2020 tour kicks off February 7 and runs through April 18, at least for now.

Hotel California was the first Eagles album to feature Walsh, who brought a tougher feel to the band with his guitar-work alongside Don Felder. The LP went to #1 and featured the singles “Life in the Fast Lane,” “New Kids in Town” and the title track.

The second set of the Vegas shows featured a long list of other Eagles classics like “Take it to the Limit,” “Peaceful Easy Feeling” and “Take it Easy.” Walsh and Henley solo songs were also included.