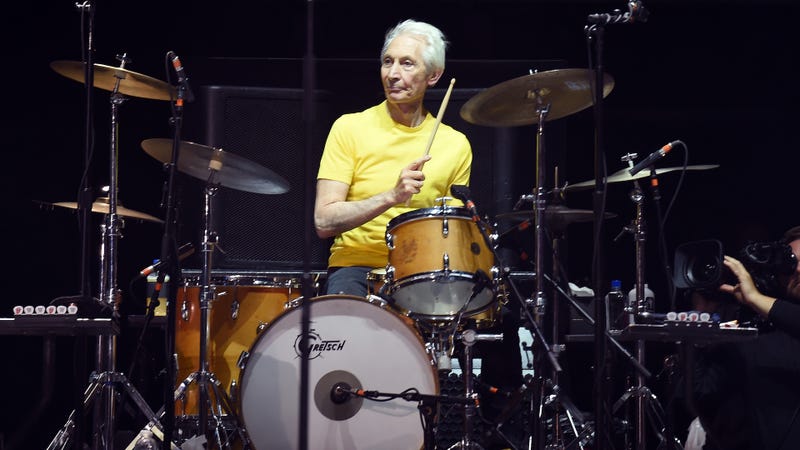 Charlie Watts, the longtime drummer of The Rolling Stones has passed away at the age of 80.

"It is with immense sadness that we announce the death of our beloved Charlie Watts," his publicist Bernard Doherty said in a statement to the BBC. "He passed away peacefully in a London hospital earlier today surrounded by his family."

The statement continued: "We kindly request that the privacy of his family, band members and close friends is respected at this difficult time."

Just a few weeks ago, The Rolling Stones announced that Watts would sit out the band’s upcoming No Filter Tour as he recovered from undergoing an unspecified medical procedure.

“For once my timing has been a little off,” Watts said in a statement at the time. “I am working hard to get fully fit but I have today accepted on the advice of the experts that this will take a while. After all the fans’ suffering caused by COVID, I really do not want the many RS fans who have been holding tickets for this tour to be disappointed by another postponement or cancellation.”

In the same statement, Watts revealed that he asked Steve Jordan to fill in for him on the tour. “It is an absolute honor and a privilege to be Charlie’s understudy,” Jordan said in a statement at the time. “I am looking forward to rehearsing with Mick, Keith and Ronnie.” Who is Steve Jordan? Meet the newest member of The Rolling Stones

Watts learned how to drum as a teenager by removing the neck of a banjo and propping it up on a stand to play it as a makeshift snare drum. A lover of jazz, Watts would practice by drumming along to the jazz records in his collection.

He joined The Rolling Stones in early 1963 and appeared on every album the band released throughout their illustrious career.

Watts is consistently cited as one of the greatest drummers of all time and played a monumental role as an influence to drummers across a variety of genres. Alongside his Rolling Stones bandmates, Watts was inducted into The Rock and Roll Hall of Fame in 1989.