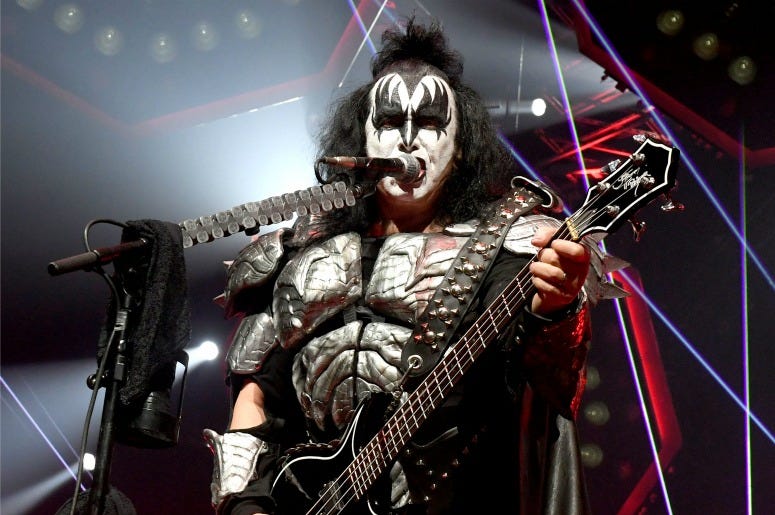 A new Pokémon has been discovered, and he looks just like Gene Simmons.

Obstagoon is the latest character to be revealed for the franchise, and he appears to be inspired by the Kiss frontman. Just like the God Of Thunder, Obstagoon has black and white marking across his face. Obstagoon also has silver bands around his arms and ankles, just like Simmons wears on stage. Oh, and Obstagoon is “reckless” and has “guts”, just like Dr. Love himself.

Obstagoon, which evolves from Galarian Linoone, is an example of a Pokémon that can only evolve from a Galarian form. https://t.co/XZdFdRtCFH pic.twitter.com/oOaCicS1qn

Fans were quick to point out the similarities between the catchable creature and the iconic singer.

they really fused gene simmons with a zigzagoon pic.twitter.com/fq8lIug1uu

I can not believe there's now a Pokemon based on Gene Simmons. #PokemonSwordandShield pic.twitter.com/svRUwRE55v

Where were you when they made Gene Simmons into a Pokemon. pic.twitter.com/lVRqF2yLYj

In a statement to Newsweek, Simmons seemed initially positive about sharing so much with Obstagoon. "Pokémon has been a part of our household for decades, ever since our kids first discovered them," he explained. "To see Pokémon pay homage to KISS, is flattering."

His reaction on Twitter was a little less enthusiastic though, simply tweeting “welp” in response to a fan.

Throughout the rest of the year, Kiss is on their End Of The Road Tour. The band has said that this will be their last tour.

“The tour may go three years, but once we play your city, it is done. That is our big thank you” Paul Stanley explained to Billboard last year.

You can find the full list of upcoming tour dates here. Go to one show or, catch em’ all. If you know, you know.