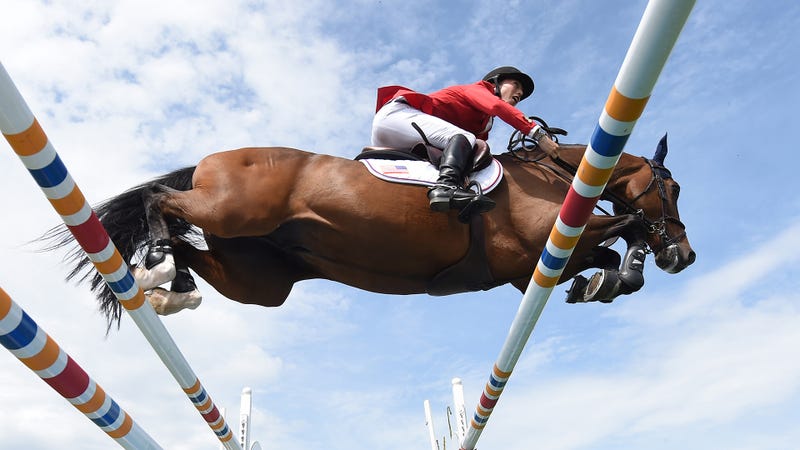 U.S. Equestrian showjumper Jessica Springsteen, daughter of ‘The Boss’ Bruce and E Street Band leader Patti Scialfa, is getting set to compete as the youngest member of the Olympic team on Tuesday, August 3, and recently discussed her hopes of grabbing the Gold ahead of her debut.

"This is not only my first Olympics but also my first championships," Jessica told NME as the excitement ramps up. "Just to be selected on this team that I have looked up to throughout my career has been a huge honor for me," she says. "I am so excited to represent my country at this level. It is something I have always dreamt of, and I am just really looking forward to the experience."

The 29-year-old rider, ranked among the world’s top 15, has a lofty goal of finishing in the top 30 in order to advance to the finals. Yet, she says she is fully confident in how she and her 12-year-old stallion -- Don Juan van de Donkhoeve -- feed off of each other’s energy, and is obviously thrilled to be participating.

Watch and cheer for Jessica alongside her U.S. Equestrian teammates Kent Farrington and Laura Kraut during the team event beginning at 2:30PM EDT Tuesday. Take a look at the full Olympic Equestrian schedule and more from Tokyo 2020 right here.