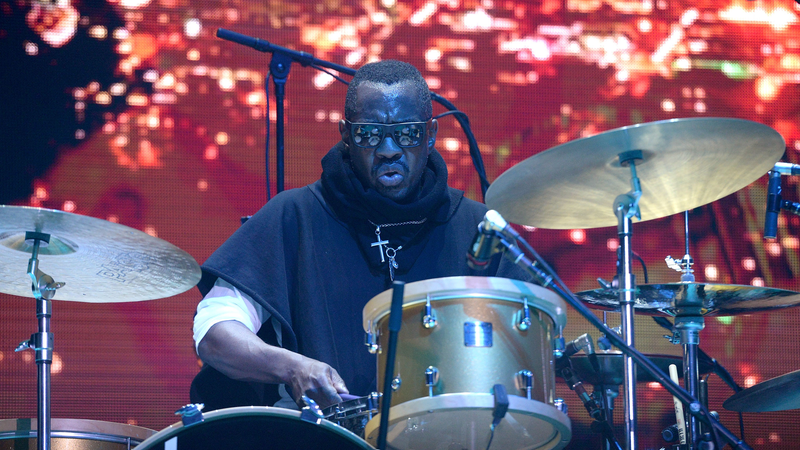 While earlier this week we shared the news of Charlie Watts opting out of going on tour with The Rolling Stones this coming fall, we’re now here to share and introduce you to Steve Jordan, the well-deserved drummer who will be filling in.

As previously reported Charlie’s decision to forego the upcoming tour came after undergoing an unspecified medical procedure, and needing time to focus on getting healthy and “fully fit.”

Thus leaving an opening for Steve Jordan, who has worked closely with Keith Richards for decades, to sub in for the time being.

Well known to some but not to many, Jordan’s work should be familiar to anyone who owns records by Keith Richards (included on all his solo projects), John Mayer, Stevie Nicks, and Bruce Springsteen, as well as the Blues Brothers - John Belushi/Dan Aykroyd project, and many more.

Just some of the impressive list of Steve’s previous gigs include; the house band drummer for Saturday Night Live from 1977-78, and for Late Night with David Letterman from 1982-86, where he backed show’s musical guests during those early years - which Jordan had actually reminisced about during a 2011 conversation with Rolling Stone magazine.

“Little Richard was amazing,” Jordan told RS. “I remember him playing amazing piano and afterward walking down the hall and coming up to me and hugging me. But the highlight for Steve was was backing James Brown. “We did ‘Sex Machine’ and it was incredible.”

Before that, Jordan also played in Stevie Wonder’s band Wonderlove and contributed to a many R&B, jazz and fusion albums.

Still, as you can imagine, adding The Rolling Stones tour drummer gig to his resume is not lost on him in the slightest. “It is an absolute honor and a privilege to be Charlie’s understudy and I am looking forward to rehearsing with Mick, Keith and Ronnie," Jordan expressed in a statement. "No one will be happier than me to give up my seat on the drum-riser as soon as Charlie tells me he is good to go.”

Obviously all this Stones talk has gotten you in a Classic Rock mood. Which lucky for you can quickly be aided by listening to Audacy’s Arena Rock exclusive station. Rock of the '70s and '80s that conjures up memories of epic tailgate parties, mesmerizing light shows, fog machines, and lighters held high in the air! From Queen, Blur, Journey, Guns N' Roses, Rolling Stones and more.