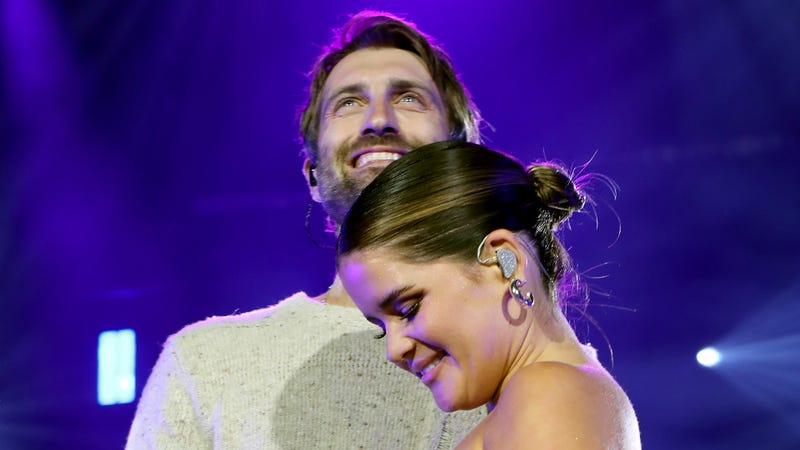 Airing tonight on ABC, the 55th Annual Country Music Association Awards are just hours away, and Audacy has been backstage speaking with all of this year's nominees and performers to help celebrate the upcoming ceremony.

Country couple Maren Morris and Ryan Hurd joined Audacy's Katie Neal in the lead-up to showtime, hot on the heels of the release of Ryan's debut album, Pelago, and his hit duet with Maren, “Chasing After You,” which has brought them two nominations this year.

"We're thrilled about the year we've had and getting to do it together," Ryan tells Katie. "The album was super fun to put out and it's been amazing to watch the reaction. It's been an awesome year."

The couple share 2021 nominations for Musical Event and Music Video of the Year, an incredible feat but the stats on how often that may or may not have happened in the past escapes them. "I don't read emails," Ryan says laughing. "Probably Tim [McGraw] and Faith [Hill] a while ago," Maren says. "'Meanwhile Back At Mama's', that was recent-ish," she adds. "Gwen [Stefani] and Blake [Shelton], they've had a couple of hits together and they're married now."

"I know there was a point where we were like, one of three married couples that have been in the Top 10 since 2000," Ryan explains. "So, I think it was Tim and Faith, then Blake and Gwen, and us. That's very cool company to keep." 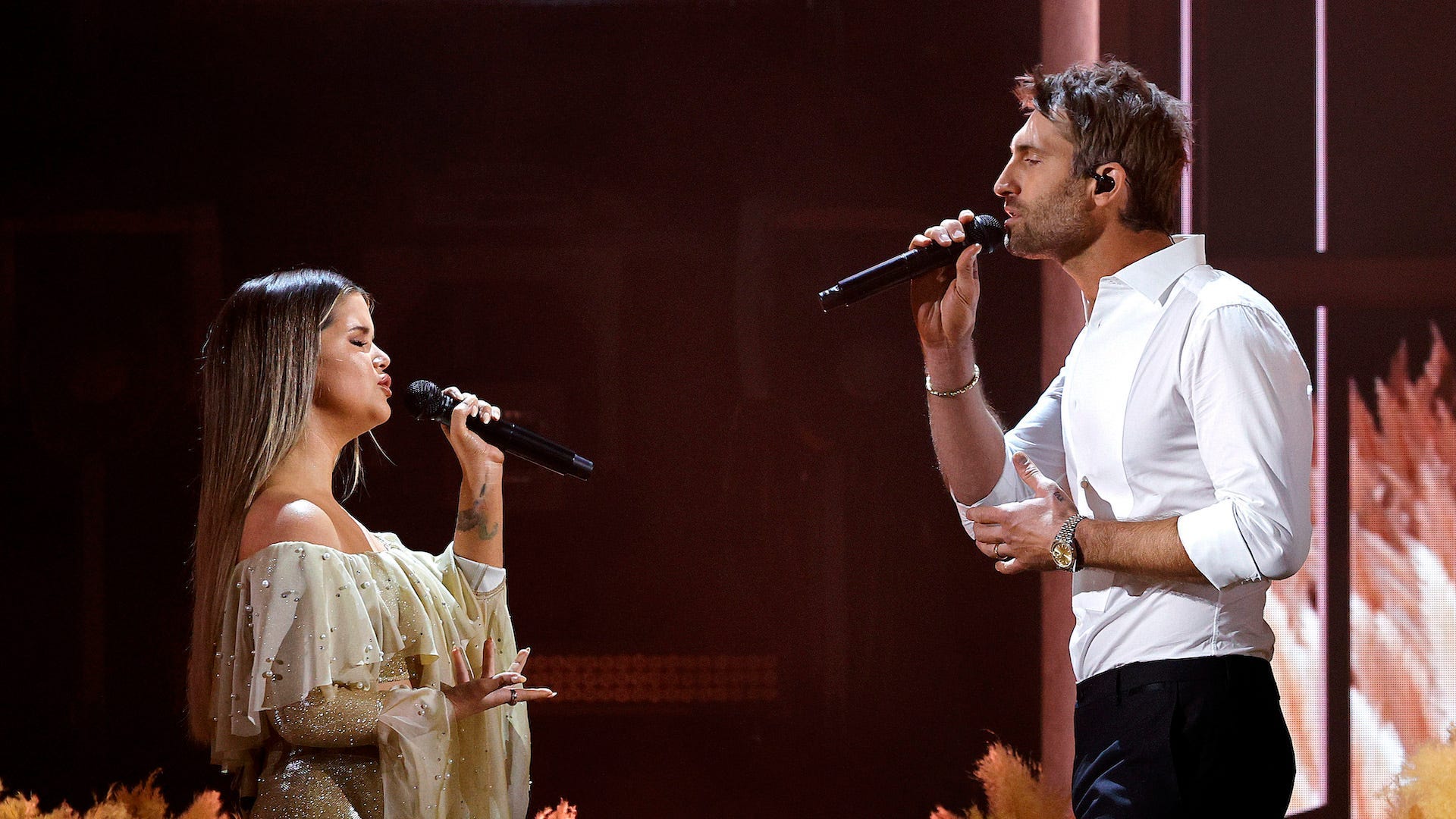 After being away from their friends and fellow artists over periods of lockdown and tour cancelations, Maren and Ryan are looking forward to catching up with friendly faces during the CMA Awards commercial breaks. Ryan mentioned specifically Lady A's Charles Kelly, who he always finds entertaining at award shows. "Yeah, and Little Big Town, they're always fun," says Maren. "We were their tablemates last year." Ryan agrees: "The bands have less responsibility because there's more than just one of them. So, they're always the most fun."

Something else to look forward to during this year's ceremony, aside from Ryan and Maren accepting awards, is their wardrobe. Keep an eye on the red carpet, Maren hinted that she would be decked out in something that she's "never worn on a red carpet... I'm not wearing a dress, so, I'll just say that."

"She is wearing clothes though," Ryan was sure to clarify.

Watch the full interview with Maren and Ryan above, and stay tuned for continuing coverage of the 2021 CMAs, airing TONIGHT, November 10 at 8PM ET / 7PM CT on ABC. Plus, get ready for the big night with our exclusive CMA Awards Nomination Station -- a one stop shop honoring all of the music and artists nominated this year.