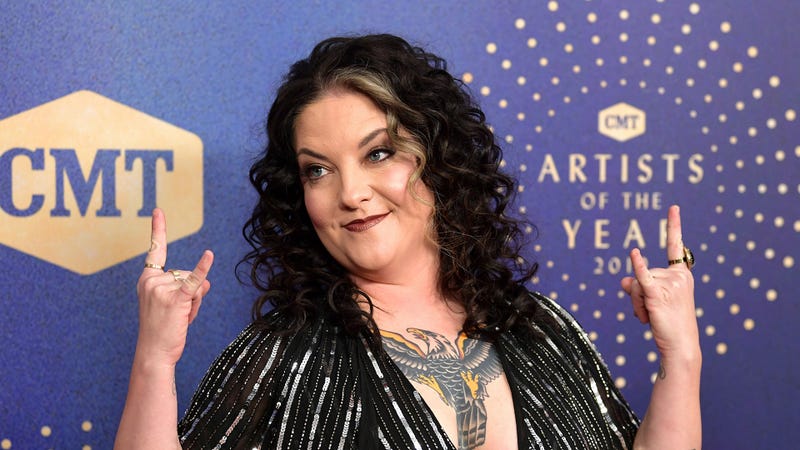 RADIO.COM host Coop extended our love for the Leading Ladies of Country over the weekend into his Saturday Night party!

2021 GRAMMY and ACM nominated Country singer and songwriter Ashley McBryde, known for her incredible way with words and sense of humor, got down and dirty revealing the worst place she’s ever performed -- and trust us, this is a story you won’t see coming!

Getting the impressive list of accolades out of the way before we hit the dive bars, Ashley's 2020 album Never Will was nominated for a GRAMMY this year for Best Country Album and is in the running for Academy of Country Music Awards on April 18 again for Album of the Year, as well as Song of the Year for her single "One Night Standards," and the coveted Female Artist of the Year.

Of the awards she's already received, Ashley is also known to display them in an unlikely place -- her bathroom. Proud of her accomplishments but also wary of shoving them in guests' faces, she decided to put them in the one room that they're likely to use. "I feel like it's a really good thing to recognize when awesome things happen," she says. "So, there they are, in the restroom." It's genius when you think about it, because that's when they're truly a captive audience.

"The ACM awards are kind of balancing out the big CMA in the middle," she says. "I will say, it's been really hard in the last year to remember that this is something we do for a living, this is still us. We just can't do it right now. I will just go get that CMA award out, wipe the fingerprints off of it and look at it for minute. Because it turns out, if you put your awards in the restroom... and there's a mirror, you wind up with a lot of friends with selfies of your awards!"

Ashley gave us some insight into her latest single, "Martha Divine," explaining that the name "actually comes out of the great state of Kentucky. There's a place called the Martha Divine Swimming Hole and there are a couple of urban legends that surround what happened to the actual Martha Divine. Sadly, she did lose her life somewhere in that region," says Ashley. "I loved that the name carried a really cool vibe, so I thought we could make up a story surrounding that really cool name. I don't know if it's saying too much, but there were some indiscretions in my family and there was a particular woman that I just really wanted to push down a flight of stairs. I thought, instead of saying her name, maybe I would just name her 'Martha Divine' and we could just kind of 'Jolene' that song, right? What would you say to her if you could say it to her now?"

Ashley independently released her first two albums in 2006 and 2011 respectively. Since those early times in her career, she's been steadily filling her bathroom shelves with trophies. One difference she sees in herself today is the lack of a rush to write a song just to have something out. "I would rather get something that we really like," she says. "Chances are, we'll complete it and we'll leave the room with something that previously didn't exist. But as long as you're not rushing yourself. I think that was a really great growth for me."

Another noticeable difference from her start in the scene is the transition from tiny venues to the big stages of Red Rocks and The Opry that's she's commanding now. "We can actually have a conversation about my top 5," she says excitedly about those early days. "One of the best fights I ever saw was in a bar in Loretta, KY called the Cozy Corner. If you're talking about the worst place I've ever made music in," Ashley says, "I'm not gonna tell you the name of the bar just in case that delightful little shoot-n-stab is still open... it was in the great state of Arkansas and it had this name that suggested to me they probably serve hot dogs. It's like a cool sports bar; I had booked it sight unseen."

"So, I grabbed two friends and was like, 'listen, I will buy your dinner which is probably hot dogs and beer, if you'll go with me and help me carry all my stuff.' We get there, you go under this overpass, and then it's super shady. I see one orange lit Miller Lite neon sign -- everything else is boarded from the inside. The door doesn't have a handle, it just says 'knock' on a piece of duct tape on the door."

Ashley continued, "so I knocked and a very nice gentleman named Dwayne opened the door and asked me, 'Are you the entertainment?' So, I go in. These are very, very nice people but I quickly realize what I've walked into. I start loading my stuff to the stage, and the stage is covered in like, boot carpet and right past the DJ booth there is a barber's chair leaned back and I thought, 'that's strange.' Not nearly as strange as the mirrors on the back wall of the stage or the pole in the center. I have accidentally booked myself at an illegal, it's a legal bar, but it's an illegal exotic dance area! I was terrified for my life the entire time, but it turns out they were really wonderful people and the burgers were fairly good."

"The shot glasses weren't of a shape that I would care to use again."