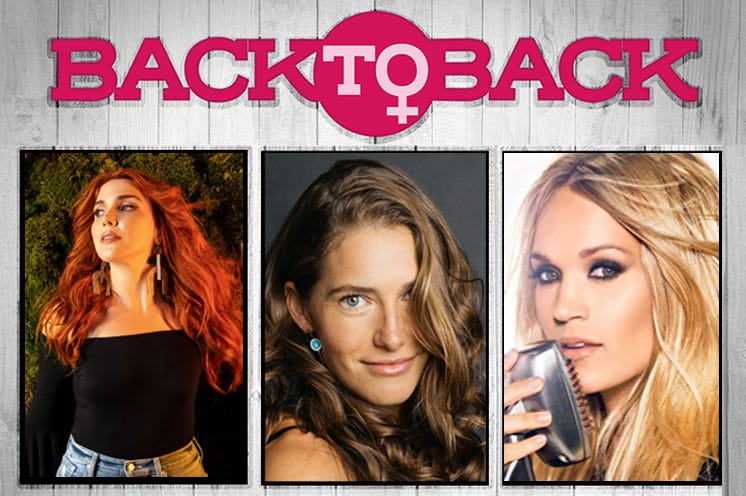 After releasing her debut album "If it Wasn't for You" ACM award winning Caylee Hammack has a new single out called, "Just Friends." Don't let the slow start fool you, this song takes a fiery, rockin' twist!

Caroline Jones - "All of the Boys"

Declared one of Rolling Stone’s “10 Country Artists You Need to Know” as “an ambitious, entrepreneurial guitar heroine primed to bring back the pop-country glory of the Nineties,” singer-songwriter and multi-instrumentalist Caroline Jones is definitely an artist you need to know! Caroline has toured several times with Zac Brown and actually co wrote her latest single with him. Check out "All of the Boys."

Carrie Underwood - "Before He Cheats"

In 2006 Carrie Underwood's "Before He Cheats" dominated the Billboard Hot Country Songs chart and sat at number one for five straight weeks. The song would go on to win two Grammys, an ACM, a CMA and become a 6x platinum record. A monster of the 00's and a classic still today.