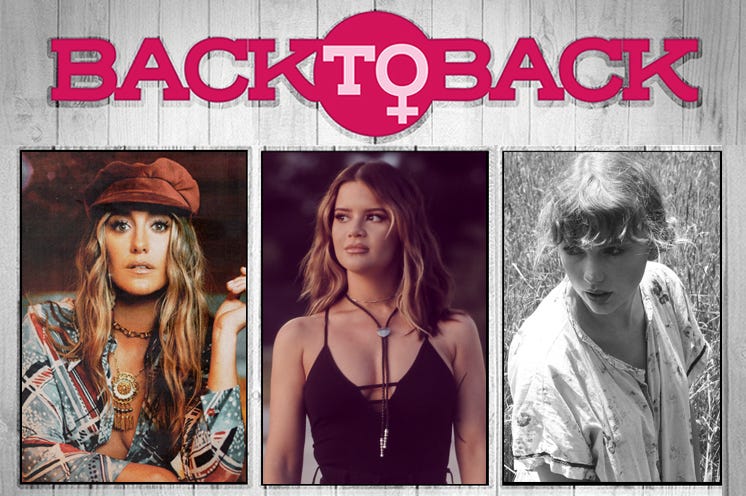 Meet country newcomer Lainey Wilson, who you may have seen in CMT’s Next Women of Country or heard her music on the hit television show, Yellowstone. Check out her new single "Things A Man Oughta Know."

"The Bones" was Maren Morris' first ever multi-week number one track. It spent two weeks on top of the charts and is currently nominated for the CMAs Single, Song and Musical Event of the year awards.

GRAMMY Award-winning Taylor Swift is back with her first single to Country radio in nearly seven years. From her surprise 2020 album, folklore, Taylor’s new harmonica-heavy "betty" tells the story from the perspective of a teenager named James who has lost the love of his life and is learning to apologize.