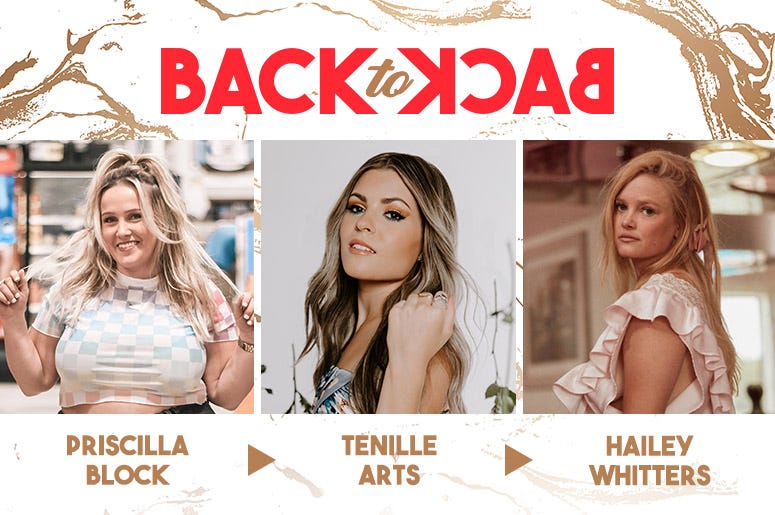 ​Priscilla Block – Just About Over You

TikTok influencer and rising country artist Priscilla Block penned this new tune after running into an ex-boyfriend at a bar. Earlier this summer Priscilla's TikTok followers raised enough money for her to be able to record the song and release it. She has since signed a record deal and we can't wait to see what's next for Priscilla.

If Tenille looks like a familiar face it’s probably because you've seen her not once, not twice, but three times performing on ABC's The Bachelor. Tenille Arts is a Canadian native and just released her debut album Love, Heartbreak and Everything in Between in January.

Rising female artist Hailey Whitters has teamed up with Little Big Town in a collaboration to remind you the glass is half-full. Whitters has previously written for LBT on their song "Happy People" and also opened for Maren Morris on her Girl: World Tour in 2019.