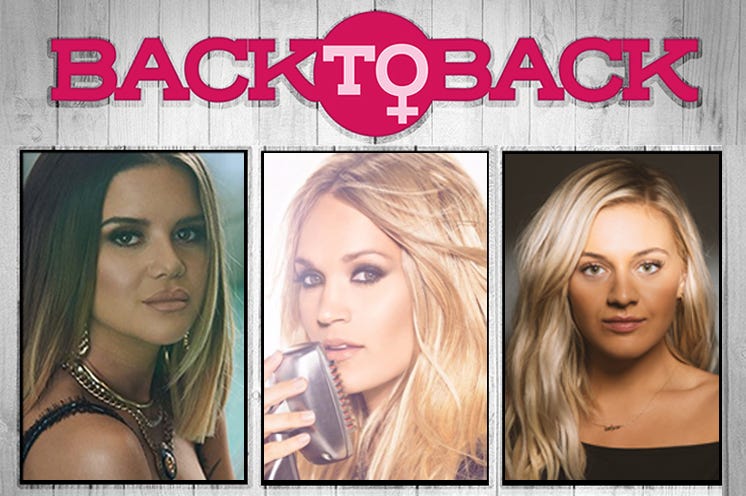 Coming off her number one song, "The Bones," GRAMMY award-winning Maren Morris shares her story of meeting someone new while still reeling from a break up in her new single, "To Hell & Back."

GRAMMY award-winning Carrie Underwood is preparing to release her first-ever full length holiday album, My Gift, later this month. But we still can’t get enough of her summertime hit, "Southbound," featured this week on 'Back to Back.'

Kelsea Ballerini - "hole in the bottle"

GRAMMY-nominated Kelsea Ballerini's new single "hole in the bottle" is just a good, old fashioned drinking song and what we needed for 2020. Kelsea says that she was pretty much finished with the album when they started writing this song for fun and realized it was something special and decided to add it to her record, kelsea, that was released earlier this year.