It's already shaping up to be an amazing year for Country singer and The Voice coach Blake Shelton.

Not only will he FINALLY be tying the knot with fiancé Gwen Stefani, Blake's brand new single "Minimum Wage" is out now.

Joining RADIO.COM's Katie Neal as he paced his Oklahoma backyard searching for a phone signal (likely in view of the wedding chapel he's built for his and Gwen's ceremony), Blake admits he has had "zero" conversations in the past few months that didn't mention the word "wedding." For good reason, he and Stefani's adorable relationship has been at the forefront of fans' minds ever since they began dating back in 2015!

"By the way," Blake says, "I'll talk about it all day because I'm just as shocked as anybody else... As if 2020 couldn't get any weirder, I got engaged to Gwen Stefani! Let's face it, it is what it is." 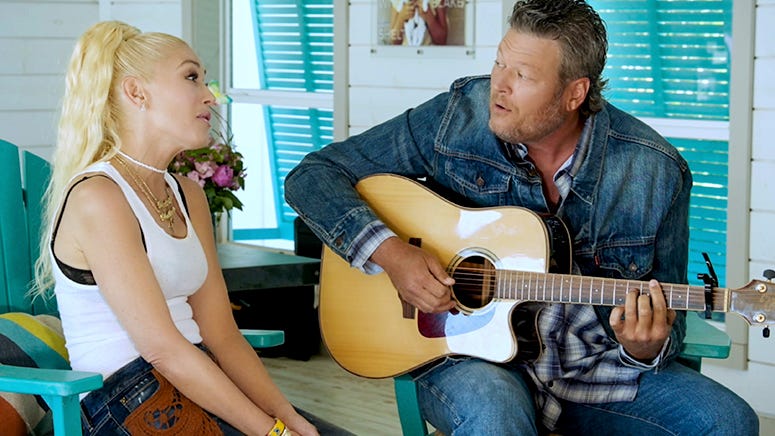 Gwen complains that Blake waited too long to propose: 'Why couldn't you have done it before?'

While the waiting game for a proposal is now behind them, Blake admits he and Gwen haven't even begun planning yet because of the uncertainty surrounding the pandemic. "We've talked about when we would like it to be, but at the same time we don’t really know how to go about planning it," he says, "because we don't know if we're gonna be able to have it. It's just one of those times that I hope we never, ever, ever experience again."

"I don’t see any reason why sometime this year we can’t get married," Blake adds. "We just want to be sure that we are able to have the people there that we love and that they can be safe while they’re there."

So, they're in discussions. Does that mean Blake will be providing input on the colors, cake, and all? "Katie, hell no," Shelton says. "Whatever she wants... before she even finishes the question, it's 'Yes, let's do that.'"

Blake's new take on a love song, "Minimum Wage," is out today following his 28th number 1 single, "Happy Anywhere." Although it's already a few years old, Shelton says when he first heard the track he thought, "wow, that is me! I mean, I literally have lived that song for a longer period of my life than I can even believe."

"I just instantly had a smile on my face; fell in love with it," he admits.

"The tough times I've had coming up... the jobs. I roofed houses for two years for probably less than minimum wage, but I didn't care," says Blake. "I just wanted enough money that I could pay my rent and go play guitar all weekend. That's what I did for the first half of my life and those are my favorite memories."

The song's lyrics also spoke to him, especially during these times of crisis, when "we all need love more than ever" -- while also joking about wanting to record an uptempo song, because he humbly thinks his concerts tend to put people to sleep. "That'll be nice for a change!"

This year also marks the 20th anniversary of his very first number 1 single, "Austin," a milestone he can only describe as "shocking."

"Can you believe that?." Blake asked in disbelief. "When I moved to Nashville, my goal was, if I could ever just hear myself on the radio, man I could say that I did something. To know that happened with 'Austin,' and here we are all these years later and I'm still lucky enough to do what I do and make records is unbelievable. Literally, every day I wake up going 'is this real?' I swear, I do."

Looking back at the differences between 2021 Blake and 2001 Blake, he doesn't think he would have done anything different. "Every decision that I made, and even stupid things that I've done... led me to this path that I’m on now. I wouldn't trade where I'm at in life right now for anything." 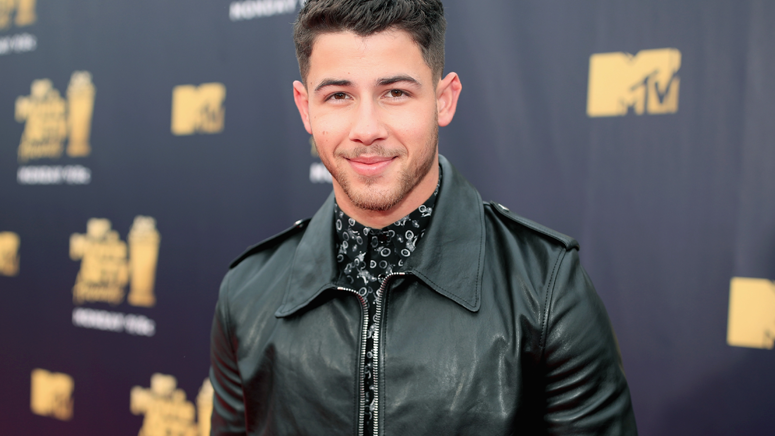 Who is Nick Jonas replacing on 'The Voice' next season?

Looking ahead to his TV role of coach on The Voice, season 20 has already begun filming. Who does Blake forsee will be his biggest competition? He's thinking Nick Jonas!

Check out the full interview above to find why Blake's got his eye on the JoBro, and stay tuned for even more exclusive conversations with your favorite artists on RADIO.COM.