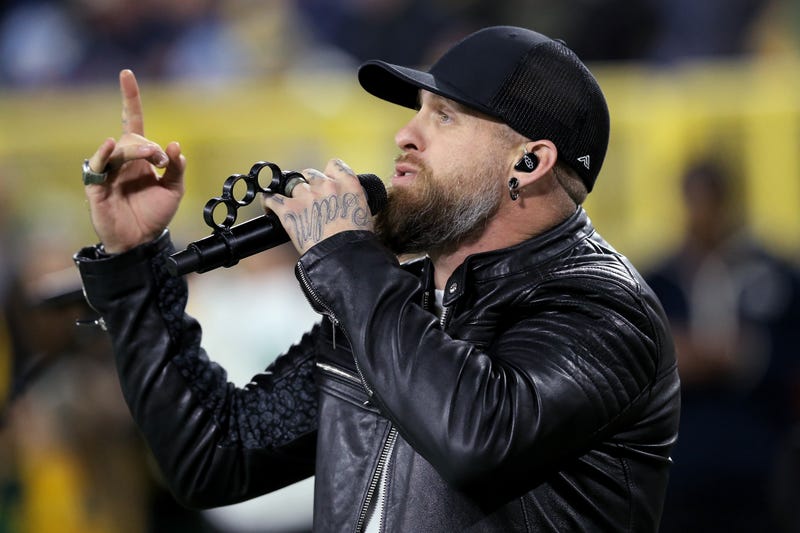 By now, we all know what “The Worst Country Song Of All Time” sounds like — thanks to Brantley Gilbert, Toby Keith and HARDY — but what does it look like? Brace yourself…

Gilbert, Keith and HARDY released the music video for the song, which debuted in June, and let’s just say — it’s worth the watch (especially if you’ve ever wondered what Brantley looks like in an all-sequin jacket).

From the very beginning, Gilbert and HARDY go all-in as they dance around a garage full of minivans and electric cars before having their party crashed by caricature politicians including Joe Biden, Donald Trump, Vladimir Putin, Barack Obama and the Clintons.

After “Bill Clinton's” sax solo, but before “Putin’s” pushups, Toby Keith, walks in studio asking Brantley and HARDY, “What the hell y’all doin’?”

“Let me fix it for you, alright?” replies Keith before hopping on the mic and singing, “I'm too good for solo cups / Your momma's homemade fried chicken sucks / Boots ain't made to get scuffed up / How you like that saxophone?”

Rest-assured, the video is just as much a joke as the song is for these Country-lovin’ men, who can’t even bring themselves to be seen on camera lip-syncing the line, “I think we should change the American flag.”

Brantley recently shared with Audacy’s Kelly Ford the song is an effort to bring some laughs to a complicated world. Don’t like it? Won’t bother Brantley…

“I’d be lying if I said I was, I’m not worried at all,” he shared. “With the climate of our society right now, bein’ as heated as it is, we’re all so mad about everything. It’s obviously tongue and cheek."

He continued, “If someone gets mad at this song or offended by it…” he started to say before Ford chimed in, “then they’re a BLEEP.”