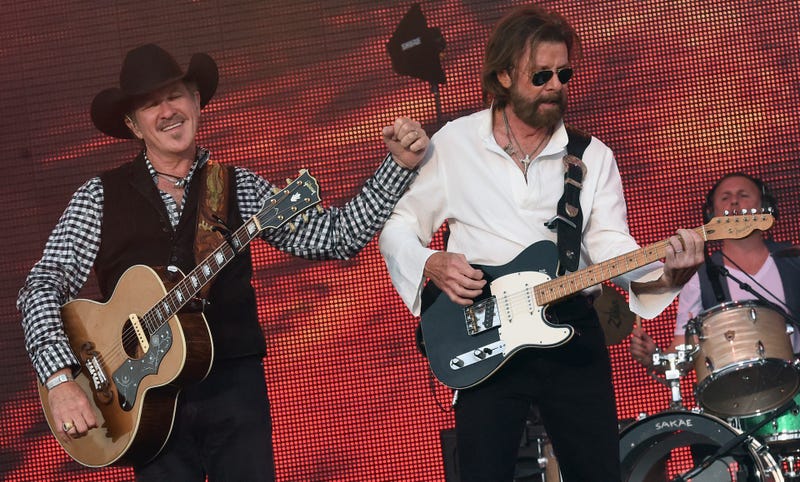 Country duo, Brooks & Dunn will embark on their 2021 Reboot Tour this fall. The trek marks the duo’s first nationwide tour in ten years.

Kix Brooks and Ronnie Dunn are ready to treat fans to their classics from over the years with the tour including 17 shows across the United States. Joining the duo on the road will be 1990s favorite, Travis Tritt and newcomer, Elvie Shane.

“We ‘bout to REBOOT SCOOT AND BOOOOOOGEY!” Elvie Shane shared on social media, announcing his part in the tour. “So excited to tell y’all that I’ll be hitting the road with @BrooksAndDunn on their REBOOT TOUR this fall! Honored and stoked to be sharing the stage with @kicbrooks, @ronniedunn and @realtravistritt… Let’s gooooooo.”

Reboot will kick-off Labor Day weekend in Indianapolis and continue through the fall, visiting cities including Cincinnati, Chicago, Dallas, Atlanta, Tampa and more before wrapping up in Orange Beach, AL on October 9. Get your tickets here and see the full list of tour stops below.

The tour comes two years after the duo released their well-received Reboot album, which featured 12 of their classic hits as collaborations with some of today’s most popular artists. Artists featured on the project include Luke Combs, Kacey Musgraves, Kane Brown, Ashley McBryde, Thomas Rhett and more.