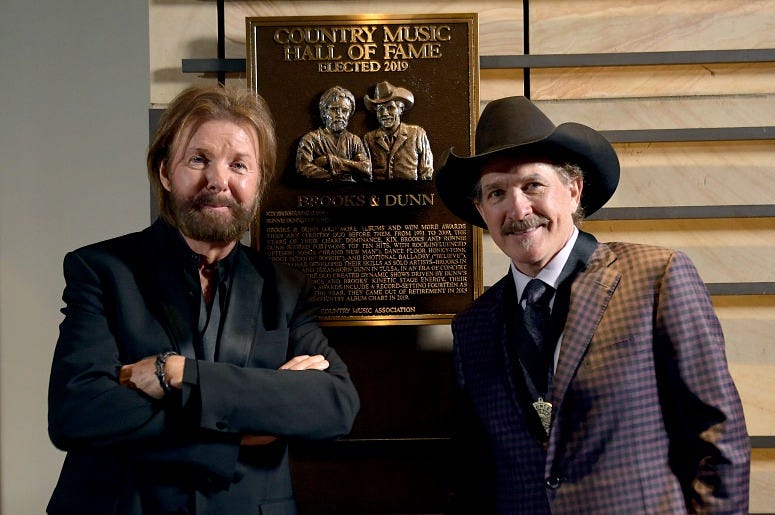 At a ceremony on Sunday night, Brooks & Dunn were celebrated and enshrined in the Country Music Hall of Fame. Along with Ray Stevens and record executive Jerry Bradley, the duo with 20 number ones to their name were honored for their decades of achievement, by their Vegas co-star and lifelong friend Reba McEntire, and many more.

McEntire gave the two their medallions and called the pair her “big brothers,” as Kix Brooks and Ronnie Dunn recalled their unlikely connection, after both working as solo artists.

"Putting the two of us together on a Tuesday, and us writing our first two No. 1 records on a Thursday and Friday is just weird," Brooks said. "We had every intention of quitting, and we did for a few minutes, but I think we realize now how lucky we are."

“It’s beyond an honor to be here. It hasn’t soaked in to me, and it probably will sometime when I’m off by myself. I’ll have an emotional moment I’m sure,” Dunn explained.