GRAMMY-nominated Country singer Cam joined RADIO.COM's Katie Neal to talk about her brand new album The Otherside, now that it's officially streaming and on shelves.

Released on October 30, it's Cam's third studio album featuring the previously-released tracks "Till There's Nothing Left" and "Redwood Tree." Also featured is the song she worked on with late electronic producer Avicii, the album's title track.

During this year's ACM award show radio row, Katie touched on the song with Cam, who said "I got to co-write with Avicii before he passed away on this incredible song that I’m obsessed with... I felt I had to get this right for his tastes, for how much of a perfectionist he was, and also just for his family and his legacy," she explained. "I’m so proud of how it came together."

Cam told Katie today what their meeting, and working together was really like.

"I came in and he was playing this melody, and he had an idea for a song he wanted," Cam remembers about the studio session. "He just kept playing it on the keyboard... usually you play something and show it and everyone responds," she says. But Avicii kept playing it, "non-stop, on loop, over and over and over," Cam says. So, she took an anxious walk with friend and songwriter Hillary Lindsey, who also knew they had to get it right.

"We sidebarred and came up with a chorus idea and come back in and he was like, 'I love that, but this one vowel. You could change this vowel from an ah to an oh,'" she recalls. "It was so bizarre because I remember thinking, 'the words are perfect, why would you change that?' But he was just another level. It's not just the lyrics, and the cadence of the lyrics, but it's also this phonetic sound on the melody. It just was incredible."

"In the middle of it it was frustrating, like all good things," Cam admits. "But then at the end it was like, 'Wow!' Thank goodness... he was so committed to that vision that it became what it was supposed to become instead of us just getting comfortable in the room and saying 'whatever, we'll settle for 75% of what you were dreaming of'".

Speaking of specific visions and dreams, Cam certainly has one for her little daughter Lucy this Halloween. Let her explain:

"Ok, so... I have a dress that my mom gave to her. Like a little pumpkin but it has black tulle and stuff like that," she says. "But then, I think i just got in the mail -- do you know who Kendra Scott is? We're friends and adore each other. She just went on 'Shark Tank,' and she just sent me little shark costumes. So, she might be 'Baby Shark.'"

Be sure to watch the entire interview with Katie and Cam above, and listen for Cam on your favorite RADIO.COM Country stations. 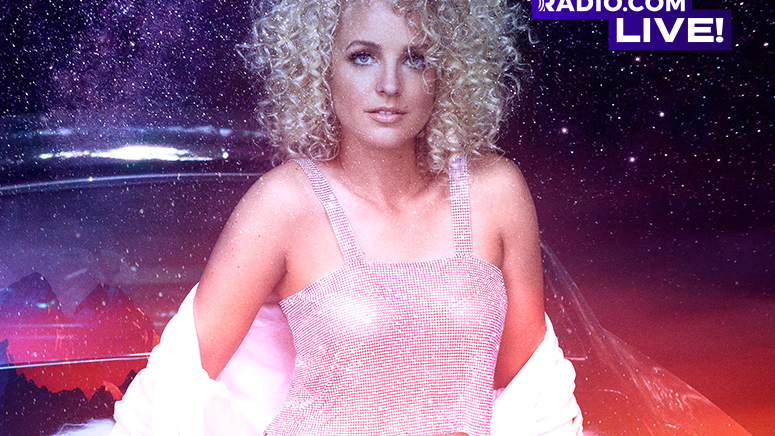 RADIO.COM LIVE: Cam’s 'The Otherside' tells a full story and represents 'all the colors in the wheel'

While you're here, Cam also joined us for a special RADIO.COM LIVE just days before the release of her sophomore album The Otherside. Watch the full interview right here.