All this week, Country music icon Carrie Underwood joined Katie & Company for the Superstar Power Hour nationwide, offering up some personal tidbits while cueing up some of your (and her) favorite songs.

Perfectly apropos for the season, Carrie admitted that she's having a little trouble putting together the costume she really wants for her son, Isaiah, this Halloween. Honestly, she may just have to make it herself!

Although the holiday filled with candy and creeps is still quite a while away, Carrie says the family is already getting into the spooky spirit. "I don't know what we're going to be for Halloween," she says. "We've done the pumpkin carving thing... so we've got some decorations. Her son Isaiah though already has his eye on being the stuffed-with-bugs bad guy "Ooogie Boogie" from Tim Burton's The Nightmare Before Christmas, which may land Carrie square behind a sewing machine.

"I'm having some trouble finding that costume, only because it's for adults. Lord help us if I have to make 'Ooogie Boogie.' So, we're gonna see. Maybe I'll get a potato sack-type of situation, a burlap sack. Maybe I can make one out of that, I'm not sure. Wish me luck!"

Carrie also dished on what she and hubby Mike Fisher have been binge-watching while hunkered down in their sixth month of social distancing, saying there are a few titles they've become obsessed with once the boys, Isaiah and Jacob, are fast asleep.

"They go to bed at about 8 o'clock, and right now my husband and I get to sit and watch a couple episodes of something," she says. "We really got into 'Yellowstone,' and we binged that for a while, but then we had to watch this past season. Appointment TV, I think is what they call it."

Katie is in the same boat as Carrie, finding herself drawn to the new episodes. Without dropping any spoilers, Carrie says the family has really been following the character "Rip" because, "he does bad things, but he's loyal."

"It's like, he can do terrible things like kill people, but it's for the right reasons," she says, trailing off into an uncertain question. "Plus, he's like a manly dude.... a manly-man cowboy!" 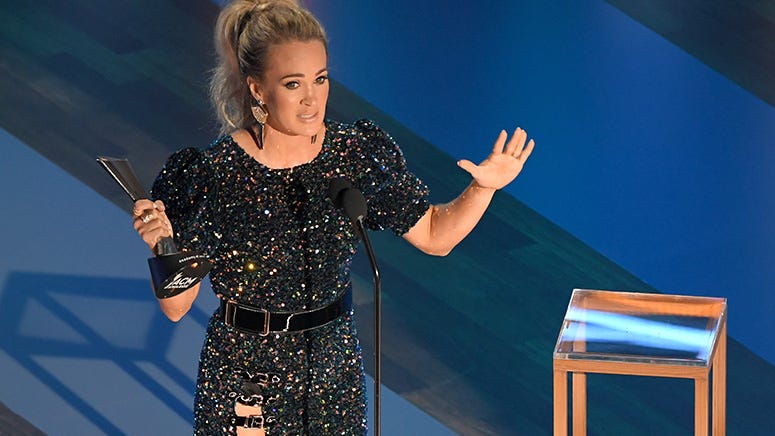 Stay tuned for even more Superstar Power Hours with Katie & Company every weekday from 2PM -3PM on your favorite RADIO.COM Country station.