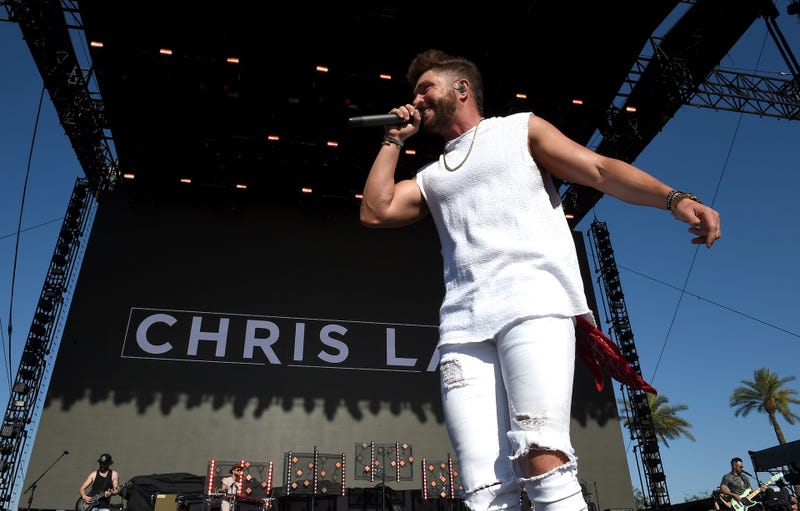 Chris Lane is back! With a double dose of new music and a baby on the way, he took some time to catch us up to speed on everything during a recent interview with Audacy’s Katie Neal.

First things first… New music! Lane’s new single “Fill Them Boots,” is out now and to say we’re obsessed would be an understatement.

“Creating this song was a lot of fun,” Lane told Neal. “I’ve heard it now a million times and I haven’t gotten tired of it yet, and I feel like that’s a pretty good sign… I cannot wait to play this song in my set!”

As if one song wasn’t enough, Chris has another song ready to release next week titled, “Summer Job Money.” We’re loving this revolving door of new music and according to Lane, it’s something we can get used to seeing from him.

“This time around, I’m going to take a completely different approach,” Chris revealed to Katie when asked about a new album. “As I write songs that I really like a lot, and as we discuss with the team if everybody feels strongly about it, it gives me the freedom to record it whenever I want and put it out whenever I want.” Perhaps a great strategy to have with a baby on the way.

Chris and his wife Lauren are expecting their first child together in the coming weeks and while they’re both excited to welcome him, Chris admitted to Katie he might’ve gotten a little TOO excited with his latest name suggestion.

“I threw out the name Rambo,” Chris told Katie. “At the time I was being super light-hearted, but at the same time I did really honestly think it was kind of cool… Imagine when he comes up to bat and they say ‘Rambo Lane,’ that sounds like he’s about to drop a bomb! Rambo Lane, like how his he not going to win the tournament, ya know?”

Don’t worry everyone, he quickly let us know, “Lauren shot me down so fast.” Nice try, Chris… Nice try.