It's been quite a different experience for Chris since the pandemic took hold. Although he picked up mountain biking around this time last year, he says he's fallen off for the time being. Hey, we get it. It was chilly out, and honestly, how long have any of us been sticking to our COVID hobbies? Now that warmer weather has finally arrived, Chris says he's considering getting back on the horse and starting over.

Explaining how his new record Starting Over (nice segue) got its start in a number of studios back in 2018, Chris says he and his songwriting and production partners decided to try different things, in different venues. "I always feel rooms can inform how you feel, or what you do, or how you approach something" Stapleton tells Katie. After arriving in Muscle Shoals, AL, where the power promptly went out and the mayor tried his hardest to get the lights back on, he began to feel as though something was keeping him from completing the project. "It felt like this fight down there to try to get through it. Signs of the universe telling us, 'hey, you're not supposed to be finishing this record,' or 'you're not gonna finish this record now!'"

He and his partners decided to shut it down, and hit the road in 2019. "I think it worked out," Chris admits. "The record, I think, is probably better for it." The break gave him a chance to work on more songs and take a fresh look at others. "All of the things kind of fell into place a year later." 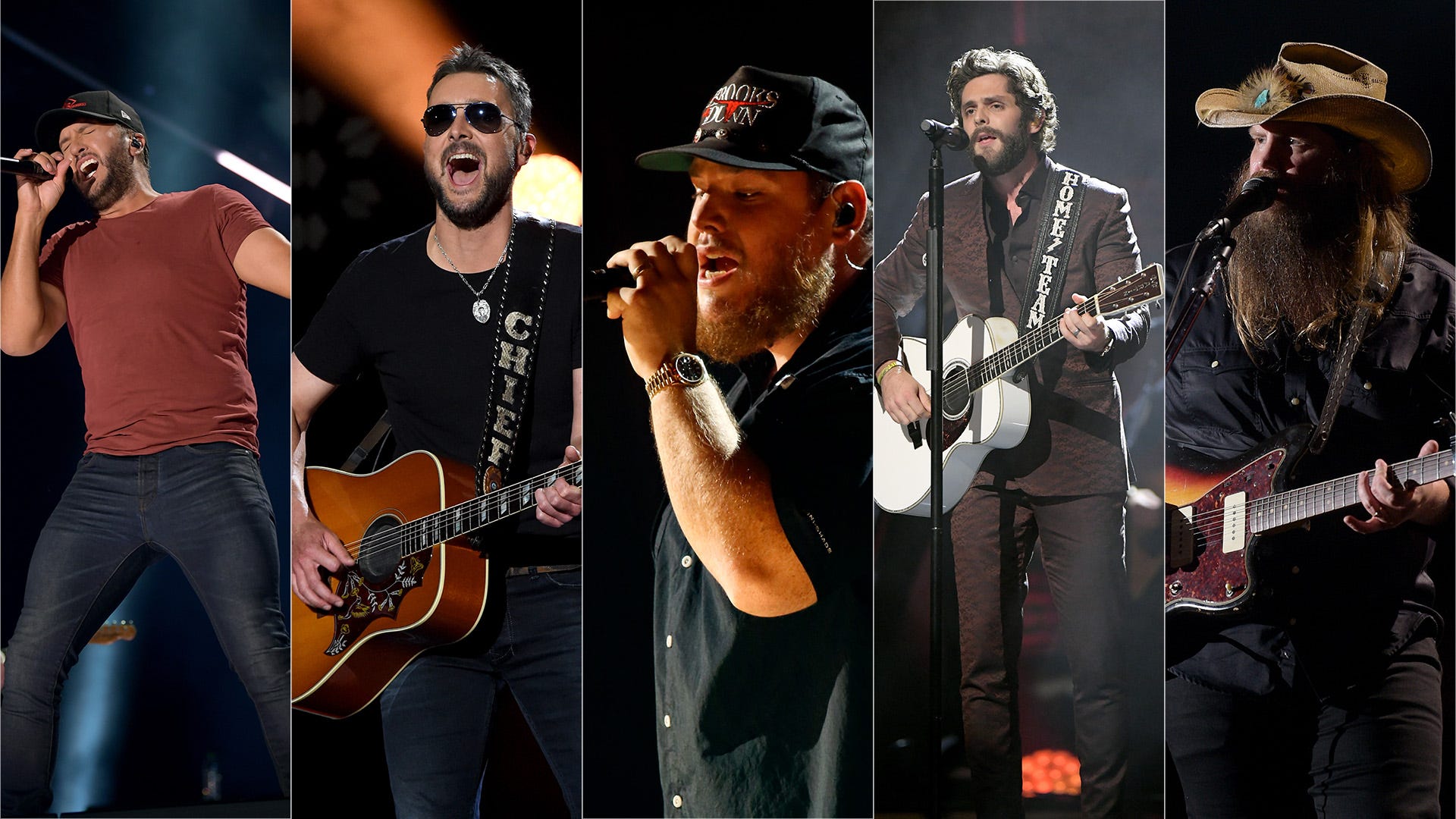 2021 ACM Awards: Vote Now for 'Entertainer of the Year'

The new album's title track and lead single, "Starting Over," was written before the pandemic but has obviously taken on new meaning following the past year of social distancing and life on pause. The positive response to the song, while obvious in online comments, is lost somewhat on Chris who truly misses getting that kind of feedback in a live setting. "I haven't gotten to watch [the reaction] really," he says. "Because where you get to watch it, and feel it, is when you get to go play live or you get to talk to people. It's not something that we've really gotten to do."

"I look forward to that," Chris says. "Finding out what it has meant to people or if it has meant something to people, hopefully it does."

Speaking of meaningful songs, when Katie asked him to name one of the many, many tracks that he has written and decided to give away as his favorite, Chris was taken aback; "I've never been asked that question," he says.

"It was a big deal to me to have George Strait record a song," he revealed. "I sang on it with him, and my wife sang on it with him too. I didn't ever record that. I wrote that, we pitched it to George and he took it. 'Love's Gonna Make It Alright' -- but I don't know if that's my favorite song, as much as the experience of it for me is very cool. But I've gotten to have lot's of cool experiences; so many great artists and friends that have been helpful to me."

"The marriage of a song and a singer is a very important factor," to Chris. "It's that right combination that makes it," he says. "That's where the magic happens. It's not just a song, and it's not just a singer... you gotta have both of them."

Chris is nominated for a total of FOUR Academy of Country Music Awards during this year's ceremony set for Sunday, April 18 on CBS, receiving nods for Album of the Year and Song of the Year for his fourth studio album, 2020's Starting Over, as well as the record's title track. He'll also be sweating it out over the Male Artist of the Year award and the coveted Entertainer of the Year trophy alongside his contemporaries Eric Church, Luke Combs, Thomas Rhett, and Luke Bryan.

Watch the full interview with Chris and Katie above, and tune in to the Superstar Power Hour with Katie & Company on your favorite Audacy Country stations every weekday. Plus be sure to get your votes in for the Audacy Country Top 20 right now!