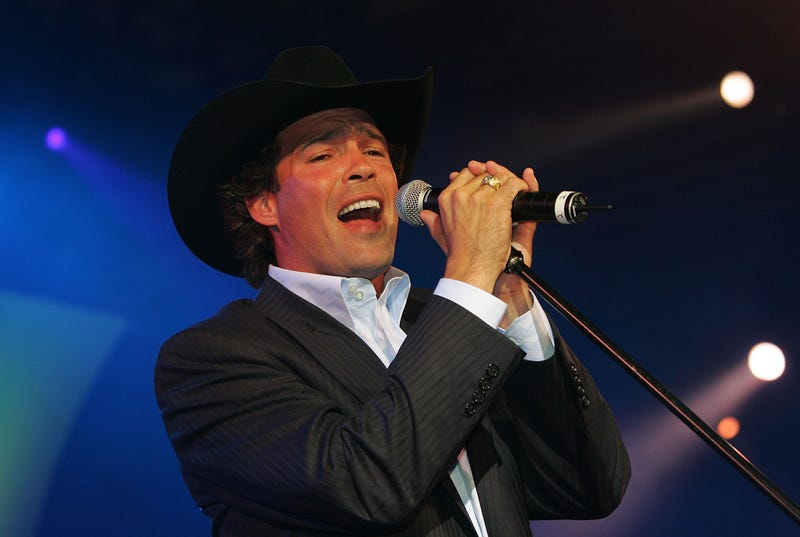 After earning six #1s in the ‘90s, including “If I Could Make a Living," "This Woman and This Man,” and "Rumor Has It,” it’s safe to say Clay Walker knows a thing or two about ‘90s Country. And while many may say the decade is making a comeback, Walker has a different opinion.

Fresh off the recent-release of his 12th studio album, Texas To Tennesse, Walker says he is excited to see elements of older Country music coming back, but believes the music of today still has its own brand while returning to its roots, and that’s an exciting thing.

“There’s this spot right now, I feel, that Country has gone down a different path for quite a few years — Maybe 5, 6, 7 years,” he told Audacy’s Coop. “And they have forgotten some of the key elements that have always been there, in music, in Country music especially.”

“I feel like it’s coming back to that,” he continued. “Not going backward, but bringing some of those elements forward that were so valuable. A lot of that’s melody, really great melodies and some diverse lyrics.”

Between the mixture of old and new, Clay says he feels he’s hit a “sweet spot” in his career and is enjoying the music he is creating, surrounded by an amazing team.

“I feel like me being in my sweet spot vocally and having a great team around me… I’ve made the record that probably is that binding bridge that you hear people say, ‘Oh the 90s are hot.’” Walker admits. “No, it’s not ‘90s,” replies. “It’s just some of the elements that used to be there, that disappeared for a while and I think we’re going to see them come back and I’m glad to be at the forefront of that.”

Another element Clay finds exciting in the new age of Country music is social media. While the 51-year-old admits it took him a while (and some help) to understand the ways of the web, he now has it down and enjoys connecting with his fans online.

“Maybe five or six years ago, I hired a guy… and we talked about how putrid my socials looked,” Walker said. “I had 12 followers on Twitter, literally 12. Youtube was not that great and Facebook was pretty good, but… I was like ‘Man, what can we do? I want to learn how to do this.’”

In working on his social accounts, Walker came to realize it was much simpler than he thought. There were no fancy skill required, just him capturing moments of his real life and sharing them with his loyal fans, who longed for a more personal connection. Walker now has 855,000+ followers on TikTok, 266,000+ on Instagram, 180,700+ on Twitter and more than 1.3 million on Facebook.

“I love TikTok more than any of those other formats,” he said. “I love Instagram and having all the information out there and fun stuff so people see content, but TikTok is really about engaging straight-up with those fans and it is crazy, it is wild how much it’s grown and I think a lot of it is because I started doing duets.”

He continued, “People would sing my songs… And I would just get on there and duet with them. It was fun! They saw that I was enjoying it and I think that’s what resonates.”