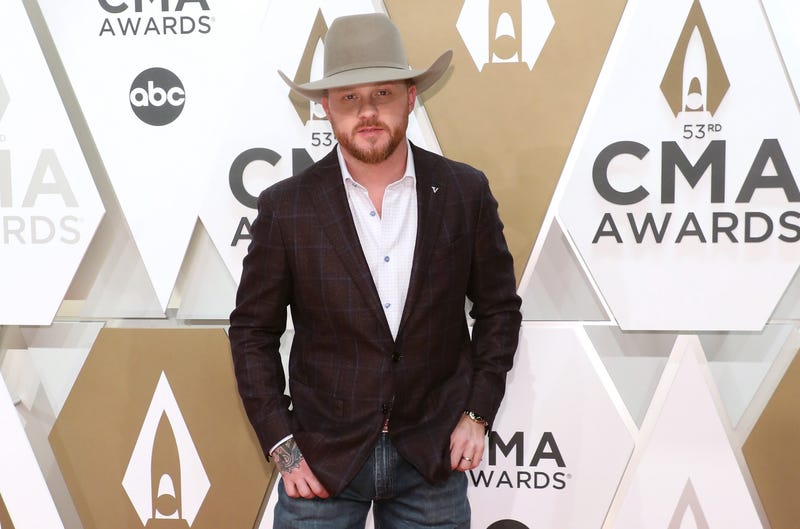 It’s not often you hear a Country artist say a career in music was their “Plan B,” but for Texas native, Cody Johnson, that’s exactly what it was.

Despite his love for Country music and the natural talent he had for performing, Johnson’s music always took a back seat to his dream of being a professional bull rider. With a constant focus and commitment to eight second rides and belt buckle prizes, Johnson’s world was completely shaken when he was forced to give up the dream as a result of injury.

“I was going to ride bulls, I wanted to be a professional rodeo cowboy and that didn’t work out,” Johnson told Audacy’s Rob + Holly. “The failure that I felt… for a little while, defined me.”

While a tough reality for Johnson at the time, he is now using his story, among others, to inspire fans with the release of a feature-length documentary, Dear Rodeo: The Cody Johnson Story, releasing August 10.

“When we started looking at other people’s lives and [how the ‘Dear Rodeo’ story] applied to them —  having the opportunity to crawl under the sheets and cry about life, or stand up and kind of take a new beginning, take a new perspective —  there’s a lot of good stories that I feel like, are going to inspire people,” Johnson shared.

“The move is not about me… I think it’s about being re-born, it’s about having a re-birth and inspiring people,” he continued. “After a year like 2020, I feel like people need to remember that we, as Americans, don’t have to let failure define us. We can always stand back up and beat our chests a little bit. We’re going to be OK.”

Apart from the upcoming documentary, Johnson is also set to serve up some new inspiration with his upcoming double album. Including an impressive 18-song tracklist, the album is expected to release this fall.

“It just kind of happened, I had too many good songs,” Johnson said of the upcoming project, which promises to stay true to his Texas roots and provide some good two-steppin’ music. “I feel like all of my music should have some kind of rhythm or groove so you can dance to it.”

Surely Johnson will see a dancin’ crowd as he takes the stage to kick off RodeoHouston’s 90th anniversary on February 28. The opening-night performance will mark Johnson’s 4th on-stage appearance for the prestigious event, and he hopes to make it one to remember.

“The only people who have sold-out opening day at that particular rodeo are people like George Strait and Garth Brooks, and I just want to be included in that,” Johnson said while explaining that Opening night is the most difficult for artists to sell out. “I accept the challenge… I’m not scared.”

Finishing up his time with Holly on the Friday Night Takeover, Johnson gave a special shout out to highly-decorated United States Marine, Will Rawlings, who has served four tours. Johnson expressed his respect for soldiers like Rawlings who has, “lost brothers and pieces of his own self, physically and mentally, that he’ll never get back.”

Johnson continued to pay tribute sharing, “It makes me sick, and it’s disturbing to see someone forget the amount of service that people like him give, so I would like to say ‘thank you’ to him.”

Hear Cody’s entire conversation with Holly for the Friday Night Takeover above and be sure to tune-in to the Texas Country exclusive station for all your favorite music from Texas artists.