It could be hard for anyone to wrap their mind around the monstrous success of Country duo Dan + Shay. With their last five singles consecutively skyrocketing to #1 and eight career chart toppers in the last eight years, they clearly have a recipe for success figured out.

While that successful recipe is boldly displayed on their new album, Good Things, with songs like “10,000 Hours (feat. Justin Bieber), “Glad You Exist,” and newly announced single, “Steal My Love,” the duo admits there’s another formula they desire to uncover… the scent of Keith Urban.

During an interview with Audacy’s Katie Neal, Dan Smyers and Shay Mooney re-lived the moment they met Urban for the first time as young artists at the BMI Awards. While being introduced their hero surely had them starstruck, it was Urban’s heavenly scent that left them spellbound.

“He’s got some custom potion and it’s wonderful,” Dan said of Urban’s cologne as he recalled the first time he caught a whiff.

“At that point he didn’t know us,” added Shay about the encounter. “We talked about it [Urban’s scent] in radio interviews. We told so many people how good he smelled and afterwards, I was like, ‘That’s probably a pretty weird thing to hear for him from a guy you don’t know.’” 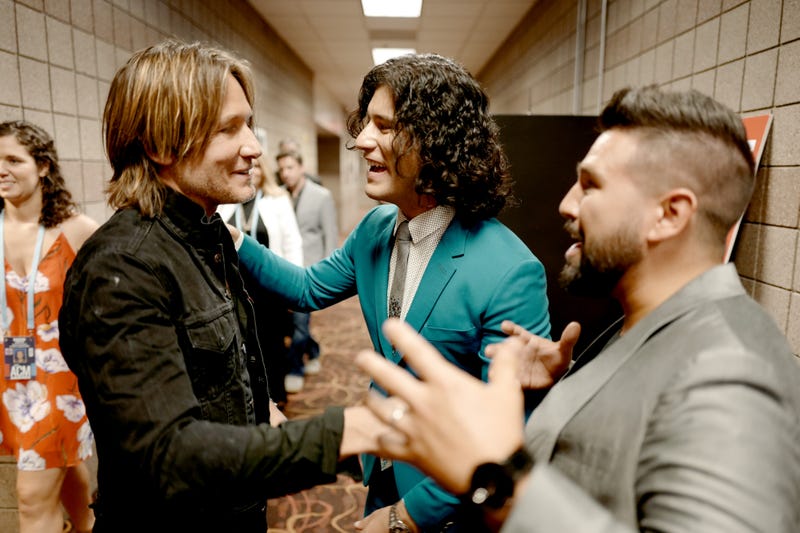 Many (successful) years later, Urban’s scent continues to be a hot topic for the duo, who appear as though they haven’t stopped thinking about it since.

“This is the shirt from that night,” Shay joked, tugging the shirt he was wearing for the interview. “I haven’t washed it. Just so I can smell it.”

As Dan + Shay experiment with colognes, we’ll be over here enjoying their new album, one they made us wait three years for!

“Apologies to you all in radio, and to our fans for making you wait this long but we feel like it’s our best album yet,” said Dan. “We worked really hard on it, poured our hearts and souls in. It’s finally out in the world ad we’re so excited about it!”