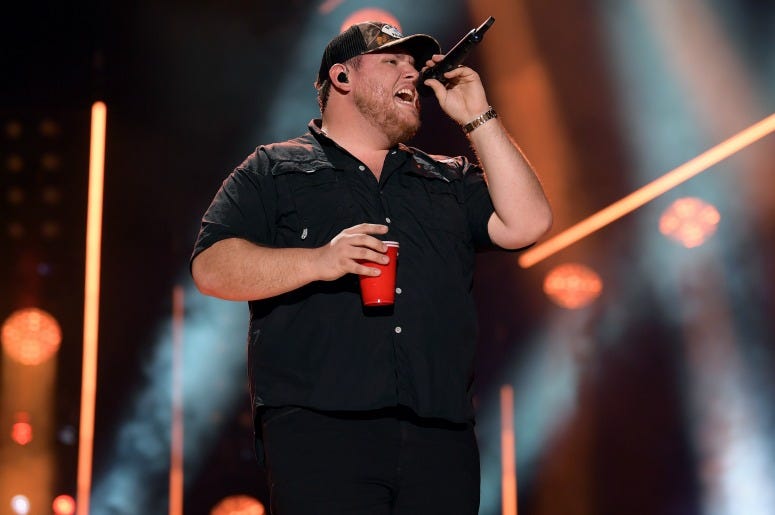 Luke Combs is gearing up to release his sophomore album, and he’s celebrating in style with a pair of legends.

The “Beer Never Broke My Heart” singer has unleashed his latest, “1, 2 Many,” featuring Brooks & Dunn. The duo jump in on the drinking anthem, adding some extra 90s Country flavor to Combs’ soaring song. “Come on, that’s a Country song right there,” Luke exclaims as the band pounds out the final notes.

“1, 2 Many” will be a part of the highly-anticipated sophomore album from Combs called, What You See Is What You Get. The LP is due out on November 8, and will feature the 5 previously released songs that Combs featured on The Prequel EP that arrived earlier this year.

The cover of the album features a painted photo of Luke, created by Nashville artist Rob Hendon. “They always told me when we started out that an album cover is either a piece of art or a picture of yourself,” Combs explains in a video unveiling the cover. “So I thought it would be neat to kind of have the album cover be both.”

New album What You See Is What You Get available November 8! Pre-order now via the link in my bio and receive “1, 2 Many” feat. @brooksanddunn!

What You See Is What You Get is produced by Scott Moffatt, and features a total of 17 tracks. Combs’ The Prequel EP released in June, debuted at #1 on Billboard’s Top Country Albums chart with all five tracks charting on Billboard’s Hot Country Songs Top 25. That hasn’t happened since Johnny Cash pulled it off 60 years ago in 1959.

What You See Is What You Get follows his debut This One's for You, which was released in 2017. Combs’ first album helped him win New Artist Of The Year at both the ACM and CMA Awards.

Combs will continue his sold-out Beer Never Broke My Heart Tour this month with dates stretching through the end of the year. You can find the full list of upcoming shows here.