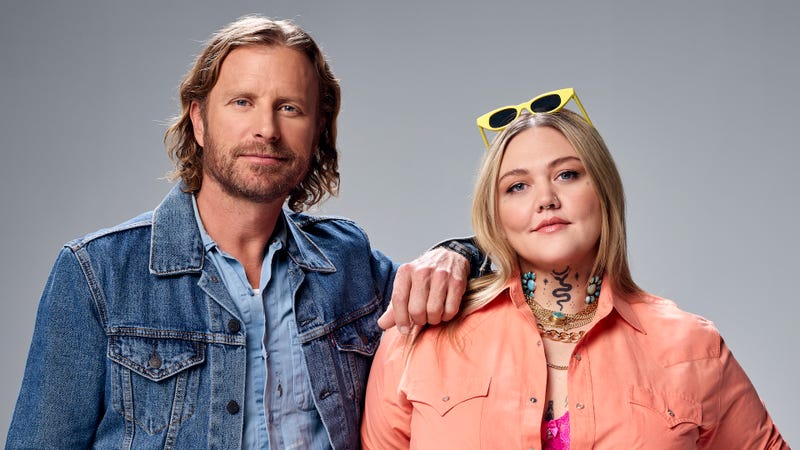 Dierks Bentley and Elle King have been revealed as hosts for this year’s CMA Fest, taking place June 9-12 in Nashville and airing Wednesday, August 3 at 8PM ET /7PM CT on ABC.

LISTEN NOW: Elle King chats with Rob + Holly about her experience in Country music and collaborating with Dierks Bentley

In addition to hosting, King and Bentley are both scheduled to take the Nissan Stadium stage as performers on the final day of the festival, June 12.

“I’m thrilled we get to partner with Dierks and Elle as our hosts this year,” said CMA CEO Sarah Trahern. “They have such passion for the fans. I know the chemistry and camaraderie they bring to the stage will be felt by the millions of TV viewers around the globe.”

While the event will mark both artists’ CMA Fest hosting debut, it won’t be the first time they take the CMA Fest stage together. The pair performed their duet, “Different For Girls,” during CMA Fest 2016.

“Dierks opened up this glittery, shiny, rhinestone world!” King told Audacy’s Rob + Holly of her first steps in Country music with the duet, “Different for Girls.” “Ever since I’ve kind of tripped and fell into Country, it has been so joyful and so fun, but also so loving and so wonderful. People are happy in Country music!”

Now, six years in to Country music, Elle has stuck around and she and Dierks are at it again with another collab, “Worth A Shot.”

“Dierks is so sweet and he just has the best voice,” she gushed. “I mean, besides that fact that he’s handsome and kind and loving and caring and talented — his voice is sooo good and I do think that we sound really great together.”

She continued, “I’ve never felt like I’ve been as genuine or that I’ve made music that is more me than the stuff that I am making right now. It gets me really excited.”

Catch Elle and Dierks together as they host CMA Fest, taking place June 9-12 in Nashville and airing Wednesday, August 3 on ABC.