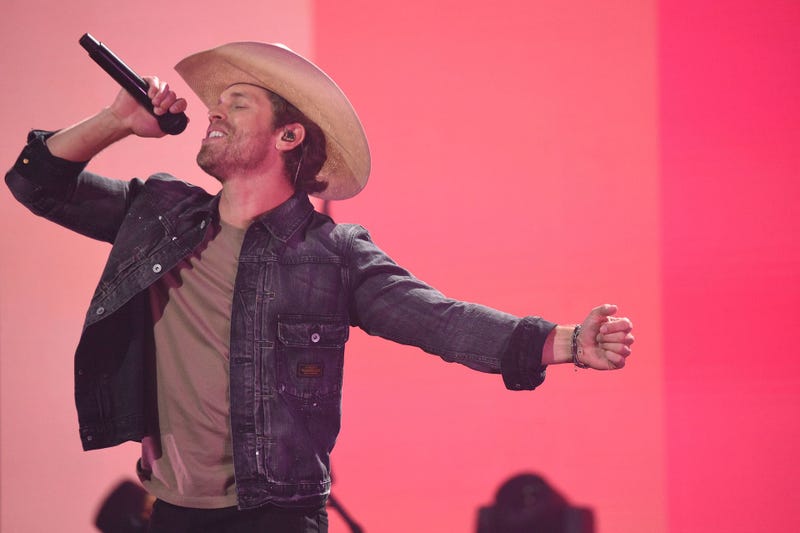 When you know, you know. That’s exactly how Dustin Lynch felt when picking a new duet partner for the release of his new single, “Thinking ‘Bout You."

The song, which is Audacy’s Hit Pick of the Week, was originally included on Lynch’s album, Tullahoma, featuring female powerhouse Lauren Alaina, however after some scheduling conflicts, Dustin had to select a new duet partner.

“A lot of people don’t understand that release schedules of songs is [a] very complicated process,” Dustin told Audacy’s Coop as he shared why he wasn’t able to make the Lauren Alaina version happen for radio. “We just weren’t able to make that happen with her album cycle and mine."

LISTEN: Dustin and Coop's talk details of "Thinking 'Bout You"

Lynch wasn’t about to let a scheduling mishap keep the song from fans who have been connecting with it since its release, so he decided to take a few notes from NBC’s The Voice and host blind auditions for the part.

“We saw how well ‘Thinking ‘Bout You’ was connecting with everyone,” he said. “I told my team, ‘let’s just do blind auditions, let’s find someone that fits this.’”

Lynch advertised the part to the Nashville community, hoping the right voice would find its way to the song, and that it did.

So who is the lucky lady to snag the part on an already massive song? Mackenzie Porter.

“I kept coming back to a version time and time again, it was my favorite by far and it ended up being MacKenzie,” Dustin recalled. “It’s an honor to have her as part of the song… she’s [a] crazy talented writer, and obviously her vocal performance is unmatched… she’s a total pro.”

Porter, who is signed to Nashville-based label Big Loud shared her enthusiasm to be on the song posting on her Instagram, “So excited to help bring a second life to this song.”

Lynch and Porter released the music video for the project just a few days ago. Check it out below.