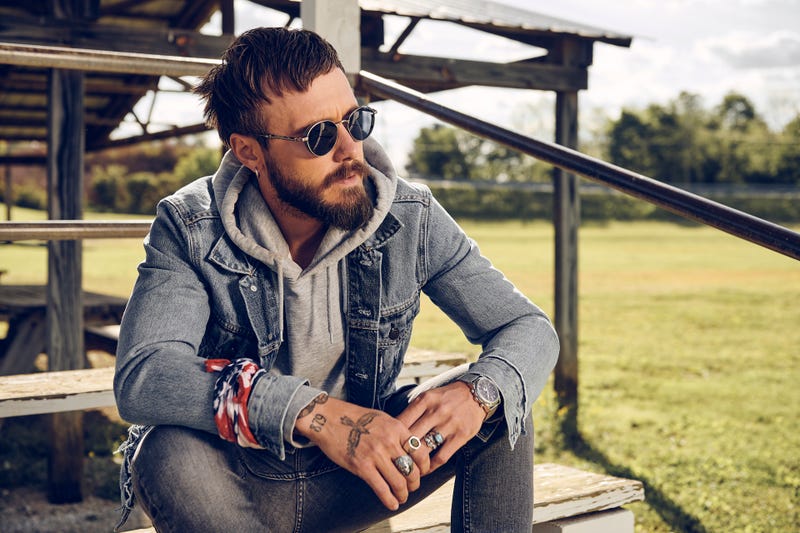 It’s a big week for Country newcomer Elvie Shane. Not only does he get to celebrate the release of his debut EP, County Roads, on Friday, but that very same day he’ll be stepping into the historic Grand Ole Opry circle for his performance debut.

“It’s a big day,” Shane tells us with a smile. “It’s a big day because the world will have access to my story and my music and I get to do this monumental thing in Country Music where you get to play the Grand Ole Opry and it seems like a ‘made it moment’ for me.”

Elvie is ready to share his story and fans are ready to listen after he caught their undivided attention with his debut single off the EP, “My Boy.” While the single tells Shane’s personal story of the love he shares with his stepson, the song has taken on a life of its own as its resonated with listeners in all sorts of situations.

“I’ve been able to see it connect with people on so many different levels,“ Shane shared. “The biggest thing to me is that I never knew this song was going to create such a way for people to say ‘I love you’ in a way that they’ve never been able to do before.”

While “My Boy” surely tells part of Elvie’s story, there’s more he’s exited to share via his EP, and it isn’t all love songs and ballads. Shane gave fans a taste of his wilder side with the release of the title track, “County Roads,” on April 2.

He revealed the album has a little taste of everything that’s inspired his sound as a musician. From the church hymns he sang every Sunday with his mother and ‘90s Country they’d listen to on the way to church, to the “rough and rowdy” Rock he’d bond with his father over as they worked on cars, trucks and semis in the garage. If one thing is for sure - this album has all the bases covered!

“I hope through this music people are able to see who I am as a person, where I come from, how I grew up and experience my love for different genres of music from the most honky tonk of Country music to the hardest of Rock and to the softest of ballads.” Sounds like we’re in for quite a treat!

Elvie Shane’s County Roads, EP will be accessible everywhere this Friday, April 23 and is available for pre-sale now.