If Little Big Town is going to be drinking, it has to be for a good reason - like having fun with us, not because of some ex that has them in a down mood.

“No more 80-proof bourbon to get you off my mind, ain't why I'm sitting here sippin' one tonight,” the country quartet sings on their new single “Over Drinking.”

Point taken. So how about a trivia drinking game with some 80 proof bourbon as the punishment for wrong answers? Or is it a reward? We’re not sure.

Either way, Karen Fairchild, Jimi Westbrook, Kimberly Schlapman and Phillip Sweet were all game to sit down in front of full glasses to play, and we’re glad they did. 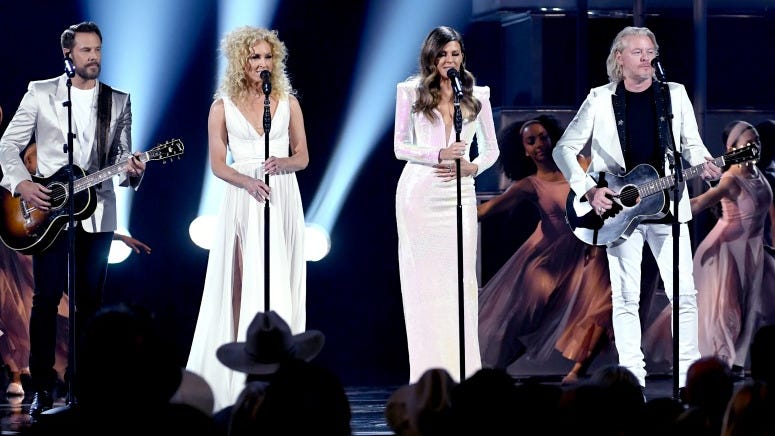 “I can’t believe that the writers put ‘80 proof bourbon,’ I mean they could have done better for our livers and said ’70-percent bourbon or something,” Fairchild joked.

Watch how it all played out in the video above, where we ask Little Big Town if they know how many ACM awards and GRAMMYs they’ve won during their stellar career. Plus: do they know the real names of Luke Bryan, Garth Brooks and Dierks Bentley?

“Over Drinking” will appear on Little Big Town’s 9th studio album Nightfall, which is set to be released in January 2020.