Just hours after the release of his new single, “Cool Again,” the singer joined RADIO.COM for an exclusive FANDEMIC Instagram Live, to talk about new music, his family, and how he’s handling this time of social distancing.

“I’ve just been hanging out with my kid and my wife, riding four-wheelers in the woods, been walking on our trails and playing a lot of video games,” Brown tells RADIO.COM’s Kelly Ford.

Sounds like the life, but Kane has been pushed into his wife’s closet for his gaming and private time, with her mother staying at the house to help out. “I have my gaming set up in her closet, and like her clothes,” he laughs, panning around to reveal that he’s camped out between shelves of shoes and hanging sweaters.

When the mother-in-law moves into the “man cave,” sometimes you have to follow ‘Call Of Duty’ to another space.

“Cool Again” started as a breakup song for Brown, but it has quickly become something else given our current circumstances around the world.
“The song took a whole other turn once I keep listening to it while we’re quarantined,” Kane admits. “Everyone keeps saying ‘you know it’s not about Katelyn’ because we’re happily married and everything, and I just say ‘no it’s about my girl corona,’” he smiles. 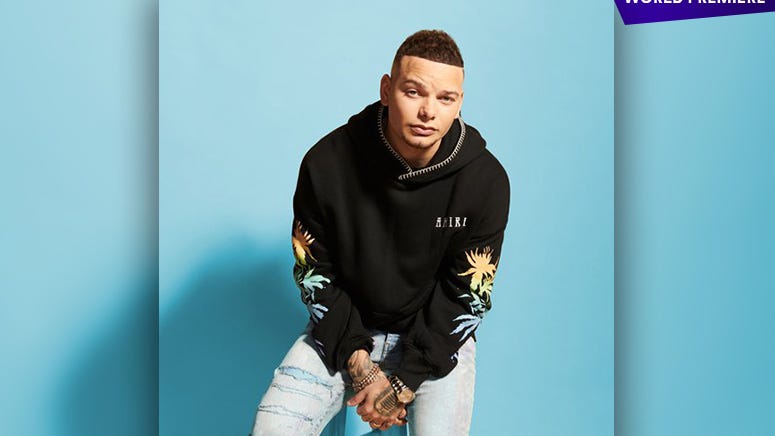 WORLD PREMIERE: Kane Brown Wants to Get Back to Good on 'Cool Again'

Kane took questions from fans, sharing the meaning behind some of his biggest songs and the story of how he and his wife first met.

“My very first show ever, I believe it was 2015. The day before that show I was supposed to be in her music video because she was an artist as well, and it couldn’t happen because my show was the same day as the music video. So, a year goes by and the same guy that we were working with brings her to a show,” Kane remembers.

“She didn’t want to come and he forced her basically. We met, we didn’t talk at all, I maybe said ‘hey’ to her – but I thought she was adorable, looking at her all night. So then I asked her to come to Nashville like the next day. I flew her down and we just, we hit it off and she never left.”

An amazing story for an amazing couple, that became a family with Kingsley last year. Brown says it’s a “blessing” getting to see everything that she does during this time, and he is thankful to be home and be a part of it.

Brown also revealed that a remix of “Cool Again” is on the way, with a special featured artists – but we’ll have to wait a little bit longer for that. Stay tuned for that and a new EP soon, as Kane continues to write music.

For much more from Kane Brown, check out the full FANDEMIC above.