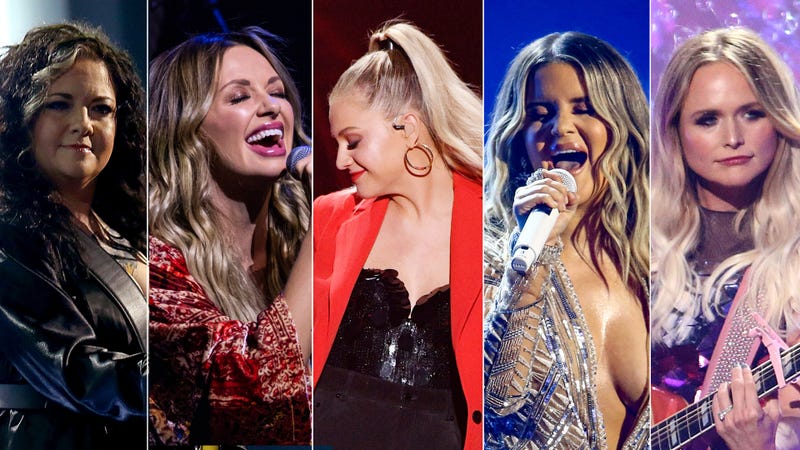 We are eager to celebrate a night full of great music, big stars and major awards at the 56th annual ACM Awards on Sunday night. Taking place across various Nashville music venues the show is sure to be jam-packed with exciting moments.

One of those exciting moments will be the crowning of the 2021 ACM Female Artist of the Year, a title previously awarded to several outstanding women in the genre including Patty Loveless, Miranda Lambert, Reba McEntire, Dolly Parton and most recently Maren Morris. While winners are voted on by ACM professional membership, we want to know what you think! Take a look at the nominees below, and let us know who your leading lady is.

Anyone who believed she was a “Girl Goin’ Nowhere,” is so wrong it hurts. The Arkansas native and four-time GRAMMY-nominated artist has built a career from the ground up and continues to gain momentum along the way. She is as authentic as they come and speaks the raw truth through her music that captivates audiences all over.

The Kentucky native and self-proclaimed Dolly Parton fanatic has found her musical stride and there’s no stopping her now. Never afraid to tell her side of the story, Pearce has found a direct connection to fans through the real-life experiences she shares through her music. A regular performer at the Grand Ole Opry, it’s no secret Carly treasures the charm of traditional Country music, and works to keep it alive in her own music.

Kelsea Ballerini has grown up in front of our very eyes through her music. She started singing at a young age and relates to fans beautifully since she started as one. While her music has progressed to more mature topics over the years, she’s no stranger to having a little fun and providing that “go to song” when fans need a little pick-me-up.

Already the reigning ACM Female Artist of the Year, there’s no doubt Maren Morris is one of the leading ladies of Country music. She provides hit after hit and no one can seem to get enough. The GRAMMY winner has a unique gift of stretching across the boundaries of the format, captivating listeners who may not have originally given country music a try.

A nine-time winner of this award, there is absolutely nothing stopping Miranda from entering double-digits. Her Country sass and “do what I want” attitude have propelled her to succeed in Country music and beyond. A well known name in the genre for many years, she’s a pro at keeping fans engaged and keeps them guessing with what she’ll come up with next.