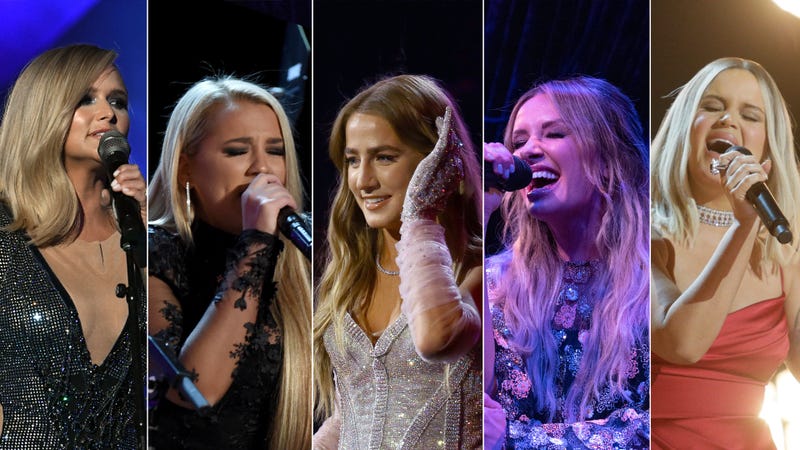 Giddy up. The 2021 Academy of Country Music Awards are just around the corner and fans are eager to celebrate with a night full of great music, big stars and major awards. The 56th annual award show will take place Sunday, April 18 across various Nashville music venues; the Grand Ole Opry House, Nashville’s historic Ryman Auditorium and The Bluebird Cafe.

Joining Keith Urban for his second year hosting the event will be Mickey Guyton, who performed her song, “What Are You Gonna Tell Her?” with piano accompaniment from Urban during last year’s 55th annual event. She was also a nominee for the 2021 New Female Artist of the Year award.

One of the most anticipated accolades of the night is for Single of the Year, awarded to any artist single that achieved a top 20 charted position on Billboard’s Hot Country Songs or Mediabase Country charts during a certain eligibility period. While winners are voted on by ACM professional membership, we want to know your vote! Take a look at the nominees below, and let us know your winner.

This single off Lambert’s 2019 Wildcard album inspired fans to remain resilient and find hope during tough times. It was responsible for Lambert’s return to the No. 1 spot in Country music with a solo song for the first time since 2014 for Mediabase and 2012 for the Billboard chart. The catchy chorus and inspiring message was one that really resonated with fans and will stand the test of time. The tune is also up for awards in the Song of the Year and Video of the Year categories.

Fresh off her third-place finish on season 16 of American Idol, Barrett hit the ground running with this break-up anthem heard round the world. The bold and sarcastic lyrics wishing an ex “well” were welcomed by broken hearted fans who supported Barrett on her climb to the top of the charts. The song made history as it spent more weeks atop Billboard's Hot Country Songs chart than any other song by a solo female artist. Barrett was recently notified she was the winner of this year’s New Female Artist of the Year category.

This masterpiece was a special treat for all featuring both Pearce and Brice as they switched things up with a break up story featuring two different perspectives. The song was Pearce’s second No. 1 as an artist and marked No. 7 for Brice. The song proved extra special to Pearce, as it was one of the final projects worked on by her late producer Busbee, who succumbed to brain cancer in September of 2019. It is also nominated for Musical Event of the Year.

Ingrid Address - More Hearts Than Mine

Andress’ debut single to Country radio spoke right to the heart and showcased the magic of storytelling through Country music. Written about a topic not widely covered - bringing home a significant other - the single oozed vulnerability, which paid off for Andress as she earned her first No. 1 single. Andress was also a nominee for New Female of the Artist of the Year.

Everything Maren touches turns to gold, and this single was no exception. A powerful song about the foundation of a relationship, Maren once again gifted fans a song they couldn’t get enough of. It broke the record for the longest post-peak run on the Mediabase radio chart and spent multiple weeks at No. 1. This song is also nominated for Song of the Year, with Maren also being nominated in the Female Artist of the Year category.