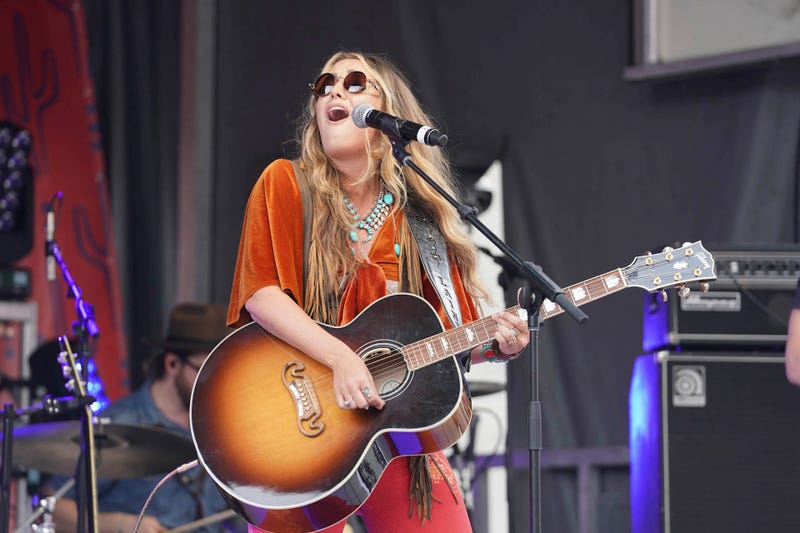 Ready to freshen up your Country playlist? You’re in the right place. We know it can be hard to stray from that playlist filled with Country hits you know every word to from the last 10 years, but change is good, and great things never came from comfort zones.

This song is making grown men cry. Written and performed by Country newcomer Elvie Shane about his own relationship with his stepson, the song has vulnerability on full display and we are here for it. If the thoughtful lyrics about the bond of blended families don’t get you, the fan submitted videos flooding TikTok and carefully crafted music video sure will. The song has seen such a response that Shane recently released a “My Girl” version specifically highlighting stepdaughters. We encourage you to go listen now, but be sure to grab a tissue, or ten!

Thought you couldn’t bear to hear one more song about trucks? Well, this song by Canadian Country singer Robyn Ottolini will change your mind. The song tells the story of an emotional break-up experienced by Ottolini that she’s reminded of every time she sees an F-150. How Country is that? An absolute heart-healer of a song, any broken-hearted listener will walk away feeling empowered. Ottolini’s bio describes her as the “Eminem of Country music,” explaining she makes music “that will either piss you off or make you fall in love with her. Maybe a little of both.” Well, it’s nothing but love from us!

Class is in session and Louisiana native Lainey Wilson is here to teach the men a few lessons about life. With her full southern sass and Country values on full display, it’s no wonder why this song has made her one of the most buzzed about Country newcomers. “It’s really a song about having good character and a song about treating people the way that you want to be treated -- something that we all should know,” Lainey explained. “It’s about standing up for what’s right. I would like for people to hear that through my music too.”

Wyoming native Ian Munsick is giving us major Yellowstone vibes with this one, and we couldn’t love it more. A song about the true sacrifice and commitment of love, it may just be the official wedding song of 2021 … Watch out Dan + Shay! “So girl, don’t worry / This boy ain’t gonna run / There ain’t no hurry / “We got plenty of days left under the sun.” Be still, our hearts. The song showcases Munsick’s wisdom, desire and love for the outdoors proving he’s an artist that’s in it for the “Long Haul” ;)

Kameron Marlowe - "Sober As A Drunk"

OK. If you’re like us, you have read the title of this song like seven times and are still trying to figure out when it means. Well, let us save you some time and tell you to just go blast it from your speakers. While there are contradictions galore, it all seems to make sense as Marlowe opens up a bottle of feelings we didn’t even know we had. The Voice alum speaks to the heart with the song that has resonated and caught the praises of not only fans but several singer-songwriters in the Nashville scene. A true Country voice delivering a passionate song about heartbreak and the difficulty of moving on… is there anything a true Country fan loves more?

Feeling down? Lucky for you Callista Clark has the pep-talk you need to get you feeling confident, empowered and ready to rule the world. The up-beat self-acceptance anthem showcases the true talent (and confidence) of the Georgia native who refuses to change for a crush. Who gave her permission to have such wisdom at the young age of 17? Full of reasons she is proud to be a woman, this song has an infectious energy that is sure to lift spirits all over. The chorus sings, “I can’t help that I’m one of a kind / I’m more than meets the eye / If I ain’t what you like / Well that’s alright.” She said what she said!

Whoever thinks traditional Country music is dead will eat their words when they get a listen to this. A song about the value of hard work, small-town values and love for this Country, Sanders sticks it to anyone who thinks Country values are dying with every word he sings. An Arkansas natural gas worker turned singer-songwriter, it’s clear these lyrics aren’t just words to Sanders, they’re life and that is what makes the song such a powerful statement. Sanders is who he is and we support it 100%.