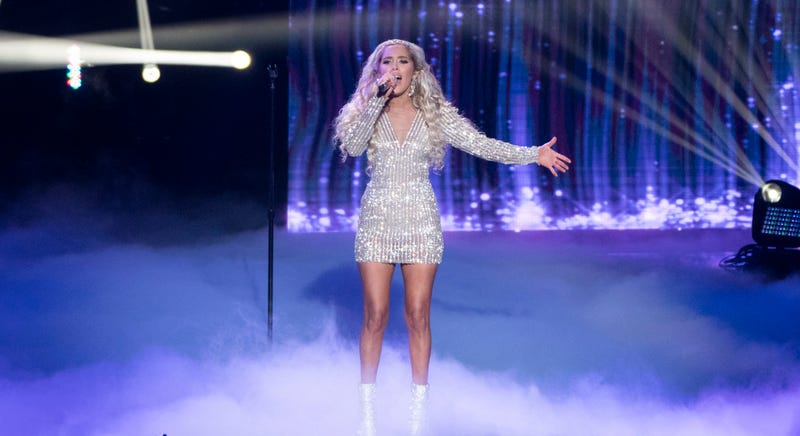 It’s time to freshen up that summer playlist, and we’ve got you covered!

With so many rising Country artists and trending songs on TikTok, we know it can be hard to keep up, so we’re here to make it simple. Below, you’ll find seven of the latest and greatest songs in Country music we think deserve your time, and quite possibly a spot on that highly coveted summer playlist. Check ‘em out!

Country newcomer, Frank Ray, is stirring things up with some multi-cultural swagger as he hits Country radio with, “Country’d Look Good On You.” To put it lightly, the song is a smash! The sultry single is sure to fill dance floors across the country as Ray provides the perfect groove for summer love to blossom pairing Country lyrics with his smooth, Latin flair. “This song, with all of its Country imagery, really celebrates that Country lifestyle,” shared Ray, a Texas-native and former Police officer. “I hope it’ll even convince a few folks to convert to our Country way of life.”

Whoever said Country music is always depressing never met Niko Moon! This guy is so committed to having a good time that he has the phrase tattoo’d across his knees. His latest single, “No Sad Songs,” isn’t just another show of the smiling singer’s infectious optimism, but also an opportunity for fans to catch fresh Country beats, uplifting lyrics and a glimpse of Moon’s million dollar smile. "The only thing I'm really concerned with is: Does it make people feel good? Does it make them feel happy?" Moon asked. "If the songs do that, then I did my job." You sure did that with this one, Niko.

If you haven’t already discovered the “Treasure” that is Laci Kaye Booth through her run on Season 17 of American Idol, her new single is sure to bring you right up to speed on this shiny newcomer. Part of her recently-released 9-track EP, her song, “Treasure” highlights everything there is to love about the Texas-native who has a sound all her own and a songwriting style to match. Balancing dreamy, Santana vibes with punch you in the gut lyrics, Booth is ready to stick it to any man who’s done her wrong in her own, special way. She sings, “One man's trash is another man's treasure / Just like that, I went and found somebody better / Poor, poor you, a diamond slipped up through your hands / One man's trash is another man's treasure.” Amen, sister!

Let us start out by saying, there is nothing shy about Shy Carter (besides his name). One listen to this summertime party song and you’ll agree! Joining forces with Cole Swindell and Country music vet, David Lee Murphy, this song is nothing but a cooler of ice cold beer waiting to happen and jet fuel for a good day with great friends. “Hope this becomes the go-to anthem for all of the beautiful people out there who want to have a blast enjoying life with their friends and families,” Shy said of the single. “CHEERS Y'ALL GO CRAZY.” BRB, on our way to crack open a cold one…

Caroline Jones — “Come In (But Don't Make Yourself Comfortable)”

Step aside, men. It’s time for a little #girlpower. The sass is is at an all time high as Caroline Jones leads the charge to put men in their place with this cheeky single, “Come In (But Don’t Make Yourself Comfortable).” Complete with a more than satisfying fiddle solo, and infectious beat, Caroline offers some sound advice to the men as she sings, “Come in but park your truck facing out / 'Cause I wouldn't want to be you when I want you gone / Come in but don't make yourself at home 'Cause you'll just piss me off and I'll be moving on.” Think it’s safe to say we’ll be seeing a lot of trucks backed in!

HARDY — “Give Heaven Heaven Some Hell”

HARDY’s music has become well-known as the perfect soundtrack for a damn good time, but the standout singer-songwriter is showcasing a new side of himself with a sentimental single, “Give Heaven Some Hell.” While not a complete 180 from his Country-rocker style, the song shows a more sensitive side of the 30-year-old as he tributes a departed friend. Stepping outside his comfort zone has already proved a win for HARDY who says, “‘Give Heaven Some Hell’ is one of my favorite songs I’ve ever written. I just hope this helps anyone that’s ever suffered a loss of a loved one. Excited for this song to exist in the world.”

Parker McCollum — “To Be Loved By You”

Parker McCollum is keepin’ things real, and honestly, us Country fans wouldn’t want it any other way. Inspired by a rough patch between he and his girlfriend at the time (now fiancée), “To Be Loved By You,” showcases McCollum’s raw emotions as he navigates the push and pull of a real-life relationship. Known for his impactful break-up songs, Parker is no stranger to displaying his emotions for fans. “I’m a hopeless romantic. Take all those heartbreak moments, they come from real places,” he shared. “Not always mine, but I’ve witnessed every one. Boil’ em down, put’ em in a song. That’s my deal.”