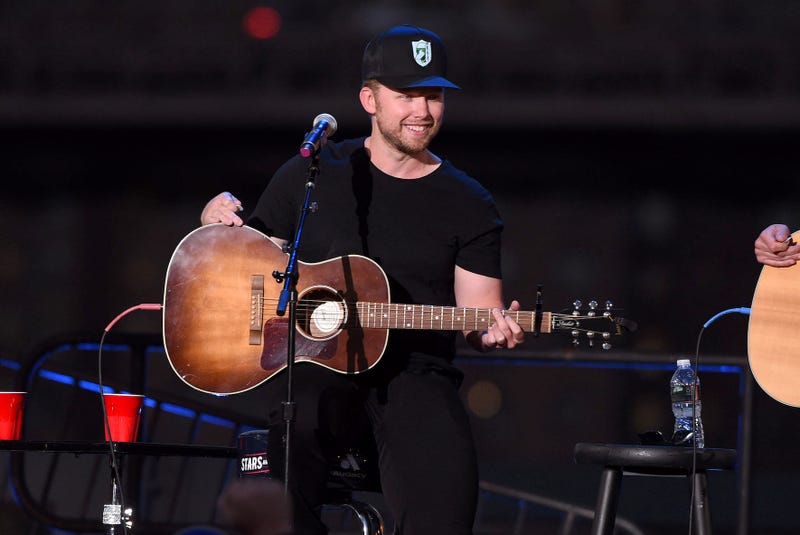 With writing credits on major songs by some of today’s hottest Country artists, it’s Jameson Rodgers’ turn to step into the spotlight with his very own debut album, Bet You’re From A Small Town, available now!

Jameson has long been known for his songwriting, but more recently proved his credibility as an artist with his first #1, “Some Girls.” Hoping to continue his success with many more #1’s down the road, this project includes some previously-released songs that have helped propel his career, along with new tunes that show off brand-new ideas and fresh sounds from the Batesville, MS native.

In honor of the release, Jameson walked us through each track on the album sharing behind-the-scenes info, inspiration, and how all these songs came to be. Check out what he had to say below!

Influenced by Merle Haggard since he was young, it was only natural for Jameson to honor the Country great with a song on his debut album. Hear Rodgers explain the thought that went into the tune below, along with why it turned into a heartbreak song.

“It’s just one of those up-tempo, rockin’ kinda love songs,” Jameson shared. “Kinda hard to write most of the time, but for whatever reason that one fell out pretty fast.”

"Bet You’re From A Small Town"

As a small-town boy himself, it’s not wonder Jameson had a hard time narrowing down all the ideas he had for this song that became the album’s title track. Hear how he and his co-writers made tough decisions trimming down their ideas and why it’s one of his favorite tracks on the album in his description below.

As a fan-favorite for the past few years and a song Jameson holds near and dear as one of his favorite songs he’s ever written, there was no question this track deserved a spot on his debut album. “I couldn’t let it go,” Jameson shared. “I didn’t think it had gotten it’s fair shake!” After taking six months of writing every other week to finish it, we don’t blame him!