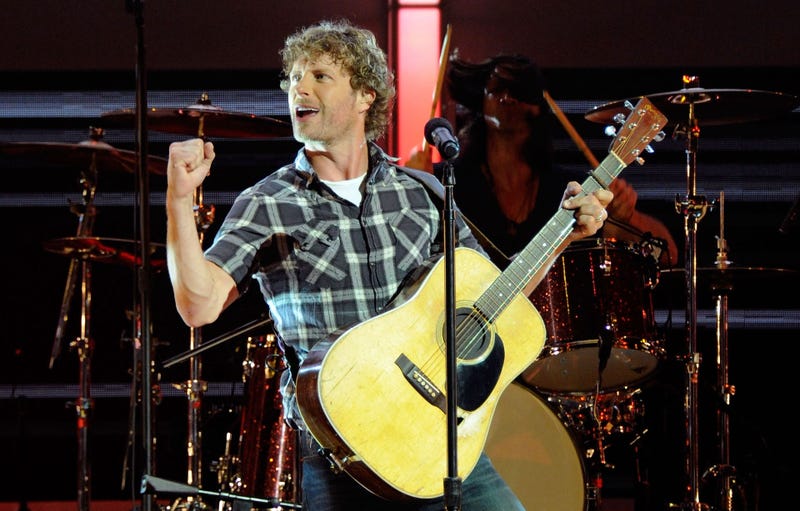 While Dierks Bentley is celebrating a milestone this week, earning his 20th #1 at Country radio with, “Gone,” it’s clear fans want him anywhere but gone!

"I really can’t believe I have 20 #1s at Country radio,” Dierks shared of the accomplishment. "It’s a great feeling that only gets better with each song that goes to the top. I am so appreciative of Country radio for all the support they have given me from the beginning … It’s been a great ride.”

Seems fitting that a song Bentley released following 2020 went on to be his 20th #1 and took on a double meaning with a pandemic no one saw coming.

“I love that the title is ‘Gone,’ because in 2020, everything was gone,” Dierks told Audacy’s Coop. “It kind of touches on the time we’re living in, whether the fans picked up on it or not I just like that idea of looking back and [saying] ‘oh yeah, ‘Gone,’ that was definitely a 2020 song.’”

All 20 #1s hold special memories for Dierks, who celebrated his first with his single from 2003, “What Was I Thinkin.’”  While it was nearly 20 years ago, Dierks recalls the memories like they happened yesterday.

“I think about the first time playing a show in Augusta, GA where these girls came out to the show wearing little white tank tops with ‘What Was I Thinkin’” sharpie’d on ‘em,” Dierks remembered while sharing his fondest memories of the first single. “I was like, ‘I can’t believe they made clothing for the show, that’s crazy! Country fans are unbelievable.’ I think about the video shoot driving around in an old Ford Ranchero with my dog, Jake, and the girl that played the lead in that video. A lot of memories when I hear my first single.

While it’s been nearly 20 years since Dierks released “What Was I Thinkin’” to Country radio, it’s refreshing to see the Arizona native is still as humble (and talented) as ever.

Dierks has his own memories of his 20 #1s, but he isn’t the only one. His music has connected with fans for several years, prompting each and every one to reminisce in their own ways. So what do you say you take a walk down memory lane with us and see what memories spark as we countdown Dierks’ top 20 songs at Country radio below, noting the year they went #1.