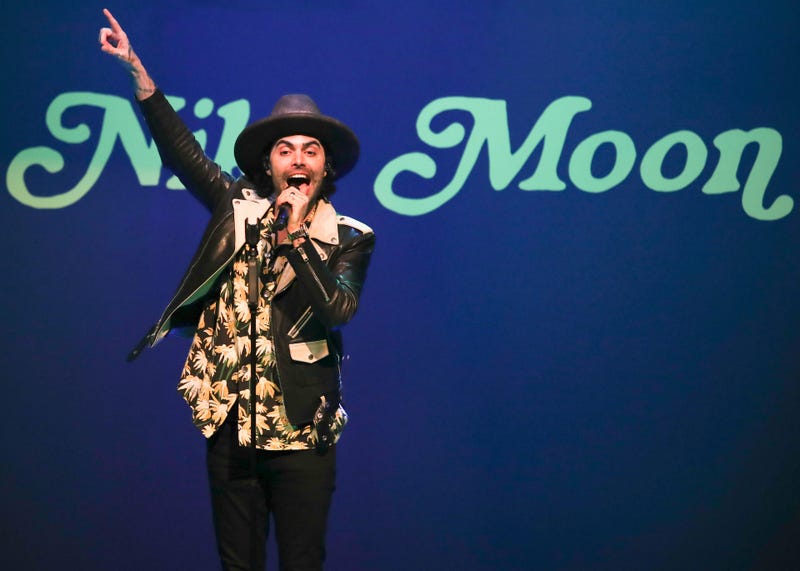 If there’s one thing you can count on with Country newcomer, Niko Moon, it’s a good time — literally. Moon released his debut album, Good Time Friday, and the title says it all.

With a commitment to optimism, fresh Country beats and uplifting lyrics, every song on the album is intended to boost fans into a “glass half full” view on life.

“Before I started making the album, I took a couple of months to just think about what I wanted it to sound like,” shared Moon. “The main thing I wanted the music to be is, I wanted every song to make you feel good, I wanted it to feel positive… I’m always lookin’ for the light at the end of the tunnel, I just think it’s a better way to live life.”

Moon’s positive perspective shines through like a ray of sunshine with 14 tracks, co-produced by Niko himself, alongside Joshua Murty. Also contributing to the project as a songwriter, and inspiration for several songs, was Moon’s wife, Anna.

In honor of the release, Niko walked us through each track on the album sharing behind-the-scenes stories, inspiration, and why he found it important to include a cover track of Travis Tritt’s, “A Great Day To Be Alive.”

“I was driving down the road one day and I heard three sad songs come on in a row," said Niko. “It was a nice day and the windows were down, I was feeling good and I just thought to myself, ‘I don’t wanna hear no sad songs right now, this is not my mood!' Sometimes that is the mood, but that time it wasn’t.”

Some of life’s happiest moments are spent with best friends, so Niko knew he had to include a track dedicated to his three best friends from home. Listen to what he had to share about his friends and the new track below.

“I was listening to some kind of beachier music one day and I got to thinking, ‘is there any type of lake song?’ I realized that there isn’t really a lake song, so I thought, ‘you know what? I’m going to write a song for all my lake people!’”

“It makes me think of my wife because the tag at the end of the chorus says, ‘If lovers are like alcohol, then you’re my last call.’” It’s kind of like finding that person and saying ‘this is it…’ My wife is actually who came up with the line.

Positive, but not numb to what is going on in the world around us, Niko wrote “Let It Ride,” as inspiration for focusing on what really matters in life. Listen to more of what he has to say about the song below.

“A song I hope [will] make you kinda want to grab your person and do a little slow dance in the kitchen to. I used the Vegas concept because love is kind of like a gamble as far as, at some point you [gotta] really put yourself out there and roll the dice and lay it all on the line to someone else… you’re layin’ your hand down and sayin’ ‘this is it, I’m putting it all on the line.’”

“It’s the foundation of the record. The song is just really simple, it’s talkin’ about enjoying life, just having a good time and that’s what the record is all about.”

A glimpse into Moon’s hopeless romantic side, and a real celebration of his status of “happily in love.” Niko shares his story of traveling the world with music and seeing the world’s most beautiful sights, but nothing compares to his wife, Anna. Hear more below.

“Sometimes a person can be everything you’ve ever asked for on paper, but life doesn’t work that way…. So much of what makes a relationship work — it lies in the magic of it, in the unexplainable, that ‘X factor…’ they are just the perfect fit for you.”

“I travel a lot, and a lot of times I’m playing in cities and sometimes it’s good to hit the reset button and go to a place where life is a little slower, and simple. When I get to feelin’ like I need to hit the reset button, I like to visit my hometown… where life is at an easier pace… Sometimes when I can’t , that’s ‘Small Ton State Of Mind.’ I just get into that frame of mind … let me just put my mind back into my hometown… everything is just rollin’ a little bit easier.“

“Good At Loving You”

Not one to take himself too seriously, Niko pokes a little fun at himself with this song. Hear what he has to say about it below.

“Without Sayin’ A Word”

“A song a I wrote for my Pops. He kind of raised me up where the way he lived was the example, instead of what he said… All the verses are all these lessons I picked up along the way from the way he lived his life.”

“[It’s] about a relationship that I used to be in that turned out to not be so good, and ended in all fire… I had a hard time getting over it, and how it went down and I found myself drinking a lot heavier than I should’ve been… I was a cliche., I was trying to drink the pain away…. What I love about that song is the redemption in the end… the realization that, ‘you know what? This ended… [but] that just means [it’s] because that wasn’t the right fit for me, and now I got myself opened up for what is going to be the right fit for me. Wh knows, it might just be right around the corner?’”

“It’s A Great Day To Be Alive”

Inspired by several artists from the time he was a little boy, Niko finds it important to credit one of his favorites with a tribute on the album. Hear more about the tradition Niko hopes to start below.