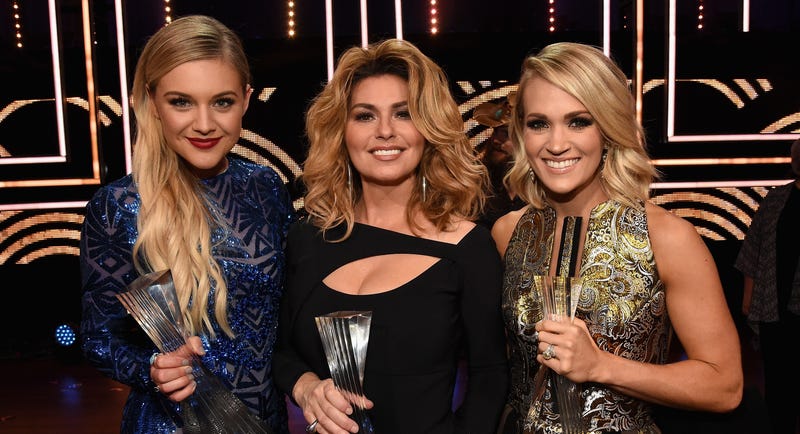 Few things pump us up more than celebrating the fierce females of Country music and some good ‘ol 90s throwbacks. Lucky for us, we can find a specially curated station for both as part of Audacy’s recent exclusive stations launch.

Tune in to Katie Neal’s Leading Ladies station to salute the women of Country music with a playlist dedicated to all the past, present and future women of the genre.

Feeling nostalgic? Allow the 90s Country Classics station to transport you back to the days of boomboxes and denim as you listen to all the greatest Country from the ‘90s.

To celebrate of the launch of these exclusive stations, among many others, we are sharing clips of our favorite leading ladies covering some of the most well-known Country songs of the ‘90s! Because, honestly, it doesn’t get better than that!

Miranda Lambert paid tribute to Alan Jackson by covering his "Don't Rock The Jukebox" from 1991.

Carly Pearce - "Cowboy Take Me Away" by The Chicks

Carly Pearce included a cover of The Chicks' 1999 song, "Cowboy Take Me Away" on her self-titled album in 2020.

Maddie & Tae - "Meet In The Middle" by Diamond Rio

Maddie & Tae showed off their love for '90s Country by covering Diamond Rio's 1991 classic, "Meet In The Middle," on stage.

Maren Morris pleased a party crowd with her rendition of Deana Carter's "Strawberry Wine" from 1996 at the grand opening of Dierks Bentley's Whiskey Row bar in Nashville, TN.

Ashley McBryde - "Prop Me Up Beside The Jukebox" by Joe Diffie

Ashley McBryde expressed her love for the late Joe Diffie as she covered his playful, "Prop Me Up Beside The Jukebox (If I Die)" from 1993.

Mickey Guyton - "You're Still The One" by Shania Twain

Mickey Guyton gave Shania Twain's "You're Still The One," some special treatment as she covered the hit from '97.